Turkey is entering a period full of bargains and tension with the EU as a Turkish vessel conducting seismic research in the eastern Mediterranean has recently returned to the port of Antalya. 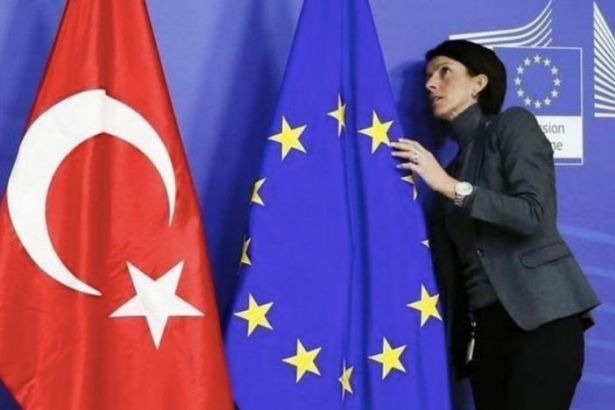 Oruç Reis, the Turkish vessel conducting seismic research in the eastern Mediterranean since October 12, returned to the port of Antalya on the morning of November 30, after Turkey did not extend its tenure.

Turkey's move, just ten days before the EU summit where a package of sanctions will be discussed due to hydrocarbon activities in the Mediterranean, drew attention.

According to a report on the BBC, diplomatic sources stated that Turkey's step was considered as a move to decrease the tension and drop off the package of sanctions from the agenda, but the same sources pointed out that the sanctions still had a strong stand on the table.

Sources noted that, under the leadership of France, Greece and the Republic of Cyprus, a decision against Turkey at the summit was being manipulated, while Germany "tired of negotiations with Turkey", has not come to a full decision yet but may not be able resist the pressures from sanction advocates.

An extremely important period for the future of Turkey-EU relationships is on the way.

EU heads of state and government will come together at the EU Council Summit on the 10th and 11th of December.

One of the most important titles at the summit's official agenda will be the developments in the Eastern Mediterranean and the EU's decisions regarding Turkey's activities. Before the leaders' meeting, EU foreign ministers will meet on December 7 and evaluate the final preparations in terms of the decisions to be taken at the summit.

At the leaders meeting on October 1st, EU has warned that if Turkey continued its unilateral activities in the Eastern Mediterranean and contravened the international law, sanctions against Turkey will be imposed at the December summit.

If the tension was reduced by then, they offered a “positive agenda” comprising of issues like updating of the EU customs union with Turkey, the negotiation of visa liberalization, renewal of migration agreements, and holding an international conference for the East Mediterranean, to be discussed.

Turkey has announced that this package was not sufficient and Oruc Reis vessel, which was pulled to Antalya port in the middle of September, was entrusted with the task of  making seismic surveys in the area located between Greece's Meis and Crete islands on October 12.

Greece's stand against Turkey's step was, to announce that as long as Oruc Reis vessel stayed in the said zone, they could not agree to the resumption of "exploratory talks" and called for EU sanctions.

According to diplomatic sources, the positions of the parties 10 days before the summit are as follows:

Turkey, making two important moves recently, has chosen to give a strong message to EU.

Sources pointed out to President Erdogan's recent discourse that claimed Turkey' future was in the EU, and again him, sending his Adviser and Spokesman Ibrahim Kalin to Brussels, were signs of change in foreign policy, especially parallel with the government's reform messages rhetoric.

However, within the EU, the view that "very few people believe that the Turkish government will carry out a comprehensive reform of democracy and that Ankara's messages in this direction are not consistent" has attracted more supporters.

The second move from Ankara was that the term of duty of the Oruç Reis ship was not extended. With this step, Ankara created the perception of a country that eased the tensions before the NATO foreign ministers meeting and EU summits, and met the condition that Athens set for the initiation of exploratory talks.

However, diplomatic sources stressed that this step was not a surprise for the EU, and Ankara is expected to take such a step just before the summit, just like they did before the October summit.

Sources expressed their opinion that the reason behind Turkey's moves was the hope to possibily eliminate the sanctions.

NATO card on the table

Despite this negative picture, diplomatic sources observe that until December 7 and December 10, Turkey will try hard to eradicate the possibility of sanctions from the EU agenda, by persuing active diplomacy, especially with Germany.

In a statement he made on November 30th, NATO Secretary General Jens Stoltenberg said, they considered the departure of Oruç Reis from the region as a positive development in terms of the efforts to reduce the Turkish-Greek tension under the umbrella of the alliance.

Germany does not exclude the possibility of sanctions

Since the beginning of the East Mediterranean tension, Germany, holding the EU's term presidency, was the most involved country who tried to reconcile the parties and diminish the strain.

Germany played a critical role in reducing the crisis in August and September and in the subsequent decision to resume negotiations between Ankara and Athens, blocked France and Greece, who pressed for sanctions at the October 1 meeting, and ensured the proposal of a positive agenda.

However, according to diplomatic sources, sending Oruc Reis vessel to the region on October 12 , Turkey has created a serious disappointment in Berlin. Berlin opposed in principle to impose sanctions on Turkey, but due to the process experienced during the last two months and France and Greece pressing hard, they had to soften their stiff opposition.

Depending on the situation that will develop in the summit, "a last strong warning" from EU to Turkey,  or a sanctions package with limited effects may come up, and in his capacity as president, German Chancellor Angela Merkel's approach will play an important role in shaping the decisions of the Council.

Merkel's disclosure at the European Parliament in October, where she stated that a desired level of progress with Turkey was not achieved, is considered that Berlin's position did not exclude the sanctions.

EU Commission spokesman Peter Stano also said in a statement on 30 November that "the EU leaders will not act along a single explanation or a single move. In the evaluation process, behaviors and statements will be considered over a specified period of time,” and he  registered the fact that the decision about Turkey will not only be given upon Oruc Reis' withdrawal.

Diplomatic sources note that Paris, who encountered difficulties with  Ankara on many foreign policy areas, exerted a serious diplomatic pressure to get sanctions from the December 10-11 Summit.

Particularly tightening its contacts with Germany, French Foreign Minister Jean-Yves Le Drian stressed that, a clear response should be given to Turkey on every occasion, and the EU should show its commitment to protecting its interests and its members.

But this repressive attitude of France created "antipathy" within the EU, and Macron government was accused of  using EU, to make an attack against Turkey, which in return is expected to achieve a gain in his domestic politics. France's persuit was not welcomed within EU.

France, together with Greece and Cyprus, is trying to ensure that the sanctions to be applied against Turkey would not be symbolic, but on the contrary, should target the economy, the banking system.

Greece and the Republic of Cyprus also seek sanctions

Greece and the Republic of Cyprus definitely want sanctions from the EU Summit. In coordination with France, Greece and Cyprus, claim that the withdrawal of Oruc Reis is entirely a tactical move of Turkey, and if the EU does not respond hard, they warn that Turkey will go on taking unilateral steps.

Sources note that Greece in this process is not expected to respond to the exploratory talks called by Turkey, and fears the perception that the tension was eased right ahead of the summit would reduce the possibility of sanctions.

Spain and Italy are at the top of the list of countries who do not want the implementation of sanctions against Turkey. Disturbed by France's Mediterranean policy, both countries stress the need to maintain open channels of dialogue with Turkey to avoid tension.

Both countries had clearly declared their opposition to sanctions before the October 1st meeting.

However, the sources make the assessment that in the case of a broad consensus within the EU including Germany, Madrid and Rome will unwillingly join the union solidarity.

Did Turkey miss out in Turkey-EU relations?

According to diplomatic sources, Turkey's pulling back of  Oruc Reis vessel did not have a major impact in EU capitals.

Ankara's policies implemented in October raised doubts concerning the actual purpose of Turkey, even the countries against sanctions, started blaming Turkey and holding her responsinble for increasing tensions. Sources emphasize that the last two months of Ankara's behaviour is to the detriment of Turkey.

The same sources point out the fact that an important opportunity was missed, so returning to a positive agenda by the EU and offering  concrete proposals to Turkey, already voiced back in October would be unrealistic at this summit.

Altun: We want and strive to establish closer relations with the EU

Presidency's Head of Communications Fahrettin Altun spoke at the opening of TRT World Forum. In his speech, Altun made a statement on relations with the EU and the US, "We want and strive to establish a closer relationship with the EU. Our joint solidarity and cooperation are key to countering calls of hatred and discrimination in Europe. The only way to prove that the Union has no problems with the Muslims of the world is to be respectful to Turkey. It is clear that  friendship does not go together with hypocracy and superiority. The idea that, Turkey should make concesions in order to win Europe's friendship, is not fair, and also not realistic. Instead, we express to our European counterparts that the only element that will advance our relations is 'dialogue'.

"Turkey views her strategic partner US similarly," said Altun, "unfortunately,  a NATO ally Turkey in recent years was confronted by  Washington's hostile treatment. Whether they call themselves PKK or ISIS, our unshakable and determined struggle against terrorists has been inexplicably distorted. Interestingly, US foreign policy has reached a point that does not serve American interests either. We hope that the US will, with the new administration, restore its tense relations with its traditional allies and show due respect for their vital interests ”.