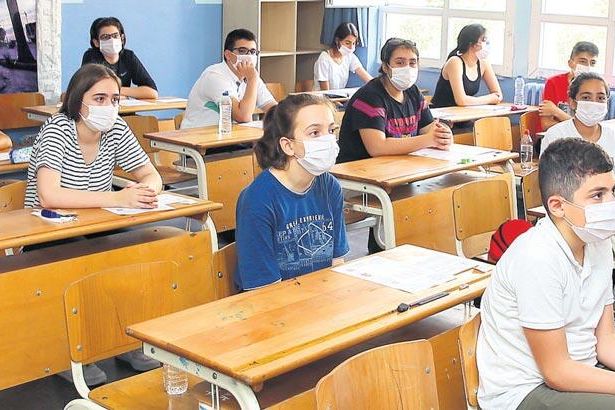 Turkey plans to resume in-person education in mid-February, for all elementary class students as well as for the students of 8th and 12th grade on March 1, Education Minister has announced, stressing that the return to schools would be on a voluntary basis.

“Just like last semester, the decision to send the students to schools belongs to our families,” Minister Ziya Selçuk said on Feb. 2.

Turkey had closed schools shortly after the outbreak and pushed back re-openings. After partially reopening schools in late September, Turkey resumed its distance learning education system as of Nov. 20 until Jan. 4, 2021.

President Tayyip Erdoğan announced the re-opening on Feb. 1 after a cabinet meeting, saying some in small villages would resume general education on Feb. 15 while other grades and age groups would re-open on March 1.

Primary school students will attend class twice a week, while students in grades 8 and 12 - who are studying for high school and university exams - will attend full-time.

Ankara has so far reported nearly 2.5 million cases and more than 26,000 deaths from COVID-19 since the outbreak began in March of last year. From July to the end of November 2020, the Turkish government made public only the comparatively small number of COVID-19 patients with symptoms. When the authorities have begun to make public the number of asymptomatic cases, it's become clear that Turkey is one of the countries worst affected by COVID-19.

Remote learning has been continuing through national broadcaster TRT's Education Information Network (EBA) channels. Still, practically all educational activities have been put ‘on-hold’ due to infrastructure capacity issues such as internet connection and availability of electronic devices such as computers for all students.

According to teachers, there has been a serious learning loss in distance education.