Trump lifts sanctions on Turkey as he announces ceasefire is "permanent"

U.S. President Donald Trump said on Wednesday that he lifted sanctions on Turkey as a result of the Russian-Turkey deal on Syria 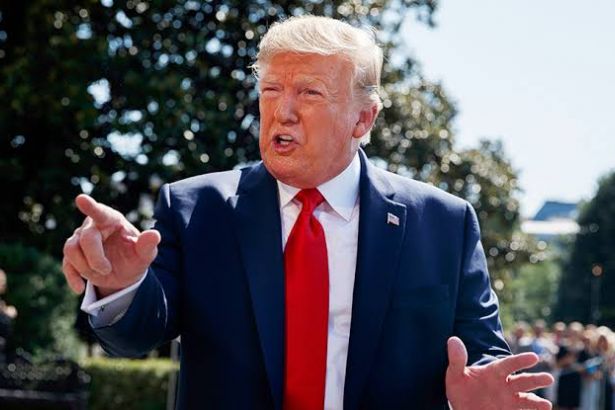 Trump said in a White House speech yesterday that he instructed the US Treasury Secretary Steven Mnuchin to rescind sanctions imposed on Turkey.

“Countless lives are now being saved as a result of our negotiation with Turkey, an outcome reached without spilling one drop of American blood: no injuries, nobody shot, nobody killed,” Trump said.

Erdoğan and Putin met in Sochi on October 22 and signed a ‘memorandum of understanding’ on Syria. The meeting was held on the last day of the 120-hour ceasefire between the Turkish army (including Turkish-backed jihadist groups) and the Kurdish YPG forces. Ankara had started Operation Peace Spring on October 9.

Nearly 20 civilians were killed by mortar shells in Turkey’s southeastern cities after Turkey started military offensive into northern Syria; many others had to vacate their homes and towns because of the war threat.

Trump had issued an executive order to impose sanctions on current and former Turkish officials, immediately freezing negotiations on a $100bn US-Turkey trade deal. While the order includes no sanctions against Recep Tayyip Erdoğan, the Minister of Interior Süleyman Soylu, Minister of National Defense Hulusi Akar and Minister of Energy and Natural Resources Fatih Dönmez were to be affected by the sanctions.

Clock's alarm is not canceled in Syria