The workers of the Kale Pratt & Whitney Aircraft Engine Industry factory who were laid off because of registering to the trade union continue resisting in Turkey's Izmir. 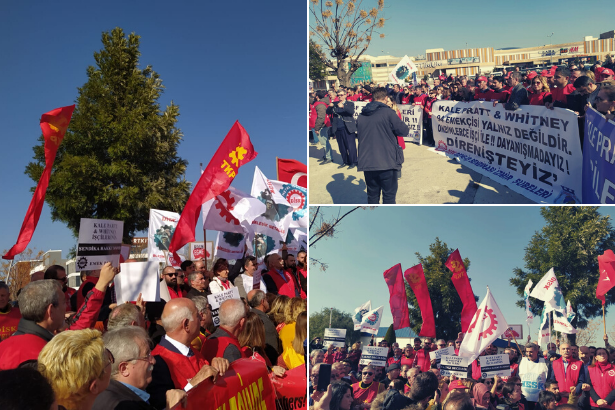 Turkey's United Metal Workers called for solidarity with the laid off workers.Hundreds have been organized to protest the lay offs on Tuesday.

The workers who participated in the rally shouted slogans, saying "Unionization is a right and cannot be prevented", "No liberation for one, either all together or none of us".