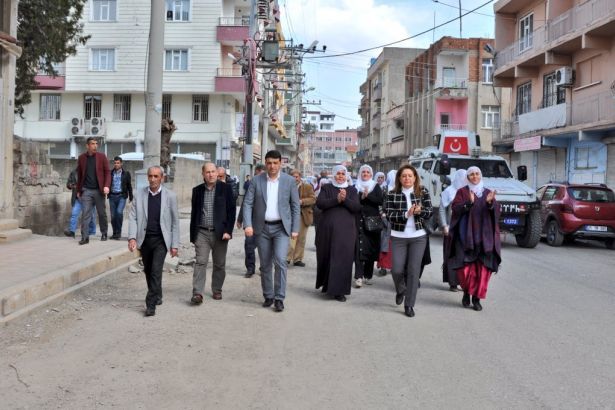 In the district of Bismil in Diyarbakir, the trustee appointed by the AKP government had given away the town hall to the security forces of the district before the elections.

After the pro-Kurdish HDP won the district municipality, the newly elected party members realized that they did not have a town hall because it was officially donated to the police department in the district by the trustee.

HDP deputy Ziya Pir said that "The trustee gave away the town hall to the police in the Bismil district of Diyarbakır. There is no town hall in the district right now!"

Orhan Ayaz, the elected mayor of Bismil municipality, won the election with receiving 71.4 percent of the votes. Ayaz told T24 news that the new municipality building was allocated to the Bismil Police Department 1 month before the elections.

Ayaz also noted that the municipality is currently operating in the Women's Center Unit, but this place is not enough for the district with a population of 120 thousand.

As part of a decree law under the state of emergency, Turkey’s Interior Ministry appointed trustees in 2016 to some of the local municipalities across the country on the grounds that they allegedly provided support to the Kurdistan Workers’ Party (PKK) and Fethullahist Terror Organization (FETÖ), which was accused of staging the failed coup attempt of July 15.