Turkey has surpassed Italy in terms of the total number of COVID-19 cases as of August 25 due to the failed government policies fighting the pandemic with the ‘normalization’ period. 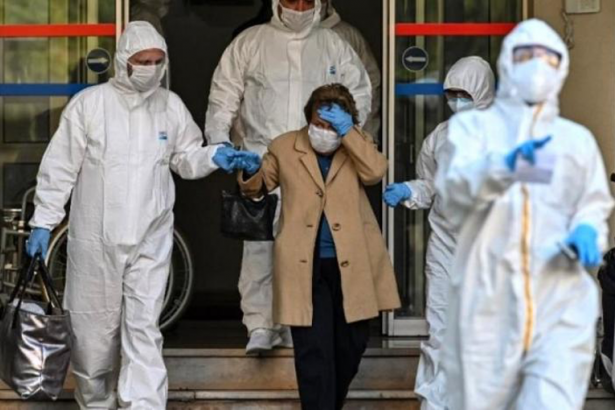 Since Turkey, with 261 thousand 194 total COVID-19 cases, has surpassed Italy (261 thousand 174) on August 25, the rate of new confirmed cases was 68% in Turkey and %18 in Italy during the summer. Public health experts warn that this gap is too high to be explained with the population-based differences between the two countries.

ALTHOUGH THE PANDEMIC FIRST LED TO A CHAOS IN ITALY, ROME MANAGED TO CONTROL IT

Italy was the country most affected by the COVID-19 pandemic in the world until the middle of May. The outbreak erupted in late February, and the Italian government had failed to take necessary measures against the pandemic in its early phases. Therefore, the virus spread rapidly across the country, especially affecting the elderly, and hospitals became paralyzed, leading to an almost logarithmic rise in the death toll.

The privatization policies that have been implemented for years and the fact that approximately 4 thousand physicians have left the country and migrated to Germany have already weakened the healthcare system in Italy.

Yet, Italy invited a team of medical experts from China upon the desperation caused by the system of pandemic management in fighting the COVID-19.

The most important step taken by the Italian government in line with the suggestions of the team of Chinese medical experts, which arrived in Italy on March 15, was the halt of production on March 21, except in essential industrial sectors.

This strict quarantine practice was extended first to May 3 and then to May 16. However, the Italian government decided to allow some businesses to operate on May 18. It was not possible to open the swimming pools until May 2 and the cinemas until June 15.

Thus, Italy has begun to ease the strict lockdown rules gradually, monitoring the effects of the preventive measures taken, and entered a ‘‘normalization’’ process by observing the indicators that it has managed to bring the pandemic under control.

On May 18, the number of daily COVID-19 cases in Italy decreased to 675, and the pandemic curve started to flatten.

Despite this, it is certain that Italy, as a country that prioritizes the interests of the capitalist economy while taking the ‘‘normalization’’ step amidst the COVID-19, is not successful in pandemic management. However, its situation is still different from Turkey.

Unlike Italy, Turkey has never imposed an absolute quarantine in fighting the COVID-19. Turkish government only imposed weekend curfews to restrict the mobility of those above the age of 65.

As a result of this, the number of daily cases in the country increased to 1,592 within just two weeks.

While Italy got through June, July and August with a few hundred daily coronavirus cases, daily cases in Turkey have never fallen below 1,000 during this period.

A comparison between Italy and Turkey clearly summarizes how the pandemic management systems affect the results in fighting the COVID-19.

The early ‘‘normalization’’ decision taken by the Justice and Development Party (AKP) government to protect the interests of Turkey’s capitalist class amid the still-continuing COVID-19 pandemic at full pelt as of June 1 has caused the pandemic to get out of control after loosening the measures.

Public health experts warn that citizens should continue to adhere to preventive measures as the number of new COVID-19 cases increases nationwide following the start of the ‘‘normalization’’ process on June 1.

In June 2020, the Communist Party of Turkey (TKP) issued a report on the implication of COVID-19 on the working-class struggle in the country.

Noting that the experts considered the timing of normalization too early since the daily numbers were still above 1000 cases, TKP’s report said, ‘‘This decision [of normalization] was taken as the pressure from the capitalists of Turkey prevailed, aiming to stimulate the tourism sector and other sectors to restore their profit-making, as well as to restart the international trade – hence the timing was in parallel to the decision of European countries.’’

‘‘A major reason for the mismanagement of the crisis was the fact that the Scientific Advisory Board, a group of medical scientists set up by the Ministry of Health to develop measures in the fight against the COVID-19 pandemic in Turkey, acted as a passive organ and the government decisions were taken in favour of the capitalist class, in many cases contradicting with the input of the Board,’’ the report underlined.