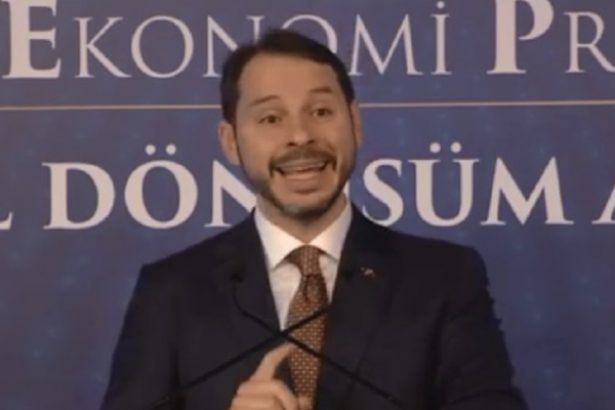 Turkey's Finance and Treasury Minister and President Erdoğan’s son-in-law, Berat Albayrak, announced on Wednesday an economic reform package. The package, according to the pro-government sources, has launched in order to improve the economic outlook of the country.

The package also includes tax adjustments, pension reforms, and loans to strategic sectors, all of which leads to boost capital by more anti-labor policies.

Communist Party of Turkey released a statement criticizing the anti-labor economic package that focuses on saving the capital from the recession after a currency meltdown resulted in growing bad debts for banks by suppressing more the working class.

We reject this anti-labor economic package!

The economic package announced by Berat Albayrak is the verbalized version of profiting from the crisis, about which we warned the working people of Turkey long before the last election.

The package is the latest manifestation of the AKP government’s loyalty to the capital and the dominant, parasitic class of the country, without any commitments to democracy and law.

The bourgeois opposition in the country, in the meantime, represents itself as leftist with rightist discourses when claiming that the package does not bring anything new and remains “insufficient” to solve the economic problems. This package cannot be treated as something unimportant: It fulfills the demands of [Turkey’s biggest capitalist organization] TÜSİAD and helps the capitalists benefiting from the economic crisis while letting the working people tumble down a cliff.

Criticizing the package because of its “insufficiency” without mentioning its anti-labor characteristic and rejecting it totally would mean supporting it.

The only thing true about the claim that there is nothing new is that the capitalist class has been increasingly exploitative for a long time. They have nothing to do other than pushing the limits and trying the working people’s patience more and more.

We are rejecting it!

1. We are rejecting the attempt to lay the burden of the private sector and bad payer’s debts on the working people by using the words “restructuring” or “transferring to funds”. We are not going to stand by while the state resources, which are not being utilized for schools, hospitals, and the needs of people, are being distributed to the parasitic capitalist class. As we know, it is a lie that the way to save the country from poverty, to provide employment, to increase production is to save the bad payer capitalists.

3. The fact that the reform package also includes pledges on reducing corporate tax shows the impudence of the capitalists and their political representatives. It is now inevitable to give a lesson to those saying “we are going to distribute the tax burden to the base” to declare that they are going to increase the taxes collected from the working people instead of those appropriating Turkey’s wealth. It is necessary to show them they cannot fool the people.

The application of mandatory individual pension scheme resulted in a complete failure in the years that we left behind: The workers refused to abandon their social rights and move to the imposed scheme.

Albayrak is now declaring their hostility and tyranny against the working class once again, saying that the implementation of the individual pensions will be more compulsory and comprehensive.

However, this attack has at least a second important dimension: The “reform” plan for the severance payment will not only eliminate the rights of the workers in respect of the monetary compensation. It also benefits the capitalist even more: The employers will be given the opportunity to dismiss the worker without any financial burden.

The economic reform package is the document showing that those who have eyes on the bread of the wage earners, workers, the laborers are not satisfied and turn their eyes on the working people's jobs.

Communist Party of Turkey, long before and during the elections, has explained the opportunism of the capitalists and that they would attack once again with the help of the government. The party pointed out that the bourgeois opposition would not offer any new means to the workers to face the attack.

Now it is time to be alert, to act against the opportunist bosses and their reactionary government.