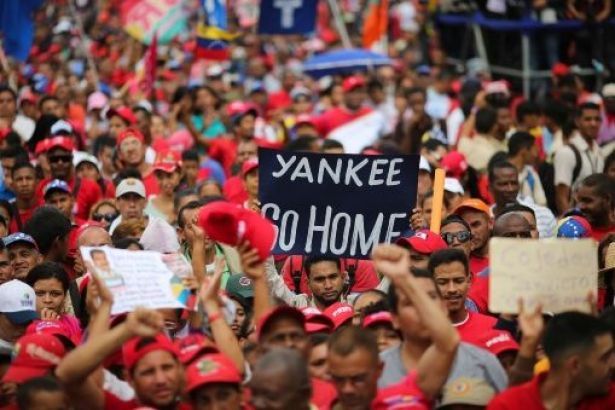 Juan Guaido had called for the army to plot a coup ten days before he illegally self-appointed himself as president of Venezuela, breaking the constitution.

After the US President Donald Trump announced that he recognized Guaido as Venezuela's interim president, President Nicolas Maduro announced that he was cutting all diplomatic relations with the United States. He gave a 72-hour deadline to the U.S. representatives in Venezuela to leave the country.

Venezuelan army disavowed self-proclaimed leader and announced that they would continue defending national sovereignty and the country’s constitution.

Communist Party of Turkey issued a statement against the imperialist intervention to the Bolivarian Republic of Venezuela, condemning the moves of the US and its allies trying to delegitimize the elected representatives of the republic. The full statement is as follows:

Venezuela will not allow imperialism to win

The USA, the main enemy of the peoples of Latin America, tried to attack Venezuela once again, by declaring the country an extraordinary threat to security, despite the fact that all the interventions that it has tried over the years have been repelled by the people and repeatedly failed. This time, the coup attempt by its puppets in the state, violating the constitution and ignoring the government of the people, has brought Venezuela once again to the brink of a bloody conflict. The USA has once again shown that it will not abstain from being brutal and will not recognize any law when it comes to its own interests. Clearly, if there is a threat to security, it is the USA itself.

But the threats of US imperialism will not be enough to delegitimize the Bolivarian Republic and its elected official representatives. Communist Party of Turkey strongly condemns these moves of the USA and of its allied extensions. Just as during the coup attempt against President Chavez in 2002, the Venezuelan people who flocked in front of the Miraflores Presidential Palace with a great will as of yesterday and defended their sovereignty rights will ruin this game too. The future of Latin America is in the struggle for equality and socialism in the tradition of standing against imperialism.