TKP: This social order must change, Turkey should become an example!

Communist Party of Turkey (TKP) has released a statement, calling on the working people of Turkey to join the ranks of the party to change this social order. 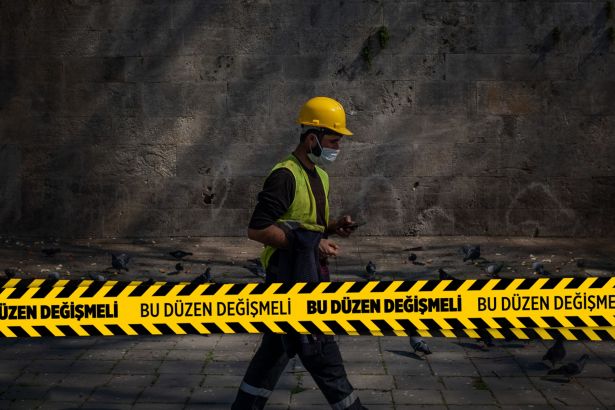 Turkey's communists today have released a new statement, emphasizing the fall of this social order during the epidemic and the need to change it. Calling on the working people of Turkey, the Communist Party of Turkey (TKP) says that the people should take the steps to get rid of this order that threatens humanity as a whole and should make Turkey an example.

This social order must change, Turkey should become an example!

The epidemic has been the last straw. The existing social order entirely serves the interests of a small minority, and the basic needs, rights, and freedoms of the vast majority of society are neglected. Economic crises, wars have become part of everyday life, and problems such as unemployment and hunger have turned into a nightmare affecting hundreds of millions of people.

There is no good or bad version of this order; it cannot be cured. It is obvious that the US, defined as a superpower, and, France, Germany, England, Italy, which are blessed as European civilizations, have fallen during the last epidemic.

Turkey is also paying the price of not overthrowing this system of exploitation that produces reactionism, darkness, misogyny, and anti-scientism.

No time left. We should take the steps to get rid of this order that threatens humanity as a whole. We should make Turkey an example. TKP aspires to power to establish an egalitarian, fair, free social order. And in this order;

1. Nobody will exploit anyone.

3. Health and education will be equal and free for all.

4. The basic needs of the citizens, accommodation, water, heating, lighting, communication, and public transportation will be free of charge.

5. The society will be organized, politics will cease to be an interest of a minority, and all citizens will participate in decision-making.

6. Religion and state will be separated from each other.

7. Thanks to the planned economy, the resources of the country will be used for the needs and development of the society; the country's industry will be strong and self-sufficient in agriculture, medicine, defense; foreign dependency in energy will be reduced.

8. Turkey will be an independent, sovereign, peaceful, anti-imperialist country.

9. All discrimination against women will come to an end, and equality of all citizens will be ensured.

10. All kinds of support will be provided for scientific work, cultural activities and artistic creativity.

When we throw parasitic exploitative classes off our shoulders, when we use the richness of our beautiful country for the whole society, not for personal interests, we easily realize these ten items. If you want such a country,  join the ranks of the Communist Party of Turkey.