TKP: “Say stop to privatization and reactionary policies in education”

The Communist Party of Turkey (TKP) calls on the teachers and families to be organized against privatization and reactionary policies in education. 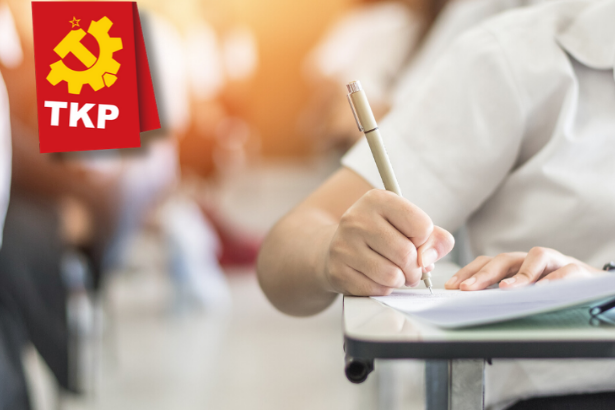 As the second term of the academic year has started in Turkey, TKP has released a statement, calling on the people to organize and struggle for public, scientific and secular education.

TKP states that privatization and reactionary policies in education are in full spate as the curriculum consists of anti-scientific and religious elements while many schools across the country have been turned into Islamic imam-hatip schools.

TKP points out to the national and international examinations showing that the general academic success of the students in Turkey has sharply diminished due to the low-quality educational policies under the rule of the AKP government.

The statement underlines that the rates of absenteeism have also increased despite the compulsory education for 12 years as some children leave the school to work or get married at early ages.

“EDUCATION IS A RIGHT”

TKP notes that public resources that should be allocated for public schools and educational institutions are transferred to the bosses of private schools, and reactionary associations and foundations.

“Education is a very important public responsibility that should not be left to the initiative of market conditions and bosses. It is the responsibility of the state to provide free, scientific and secular education to the citizens by paying regard to the interests of the whole society,” TKP says, adding that the existing capitalist order is protecting the rights of the bosses in defiance of the workers and children.

TKP calls on the teachers and the parents to organize to say stop to privatization and reactionary policies in education in order not leave the children to the mercy of ignorance, darkness and bosses for gaining the right of public, scientific and secular education for the children.