Communist Party of Turkey released a statement on Sept. 1, the World Peace Day. "The price of the longtime adventurous, frippery and hypocritical foreign policy of the AKP government is the bells of war tolling over the country today," TKP says, referring to the recent developments in the Eastern Meditarranean and the Aegean. 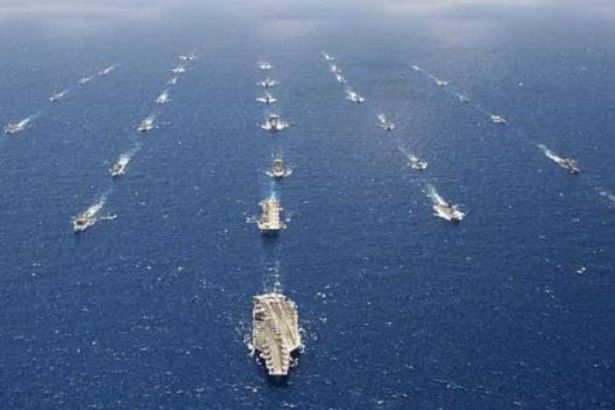 The Central Committee of the Communist Party of Turkey (TKP) issued a statement on September 1, the World Peace Day.

"Peace is the dream of all children, and all mothers," TKP says, referring to the verses by Yannis Ritsos, the great poet of Greece, while calling on the peoples to stick to the struggle for peace on the basis of equality.

The Soviet Union that won victory over fascism in the Second World War other countries bearing friendship had declared September 1, the day that the war had started, as the World Peace Day. In order not to forget one of the most unfortunate days of the history of the world. In order to enable humanity to remember and protect peace as a duty...

Imperialism, however, is feeding on blood today as it did so yesterday. It takes strength from the continuing wars that are called “low-intensity” conflicts around the world, through which tens of thousands of people lose their lives. The threat of a more extensive war is escalating in the Middle East, the Persian Gulf, and the Pacific.

Even such an extraordinary situation as the pandemic could not prevent the investment in arms, and the competition on the basis of military force. The budgets have been allocated for military expenses instead of sustaining the people and educating the children.

The bourgeois powers in all countries have tried to cover up their imprudence during the pandemic by pointing at “foreign enemies”. The peoples, who would be those to be sent to the frontlines in case of a war, have been set against each other by means of nationalism, racism and religious fundamentalism. The so-called “negotiation” activities of the imperialist centres are fueling the flames, let alone prevent such provocations. The military build-up in the seas is growing.

This is exactly what is taking place in the Eastern Meditarranean and the Aegean. The price of the longtime adventurous, frippery and hypocritical foreign policy of the AKP government is the bells of war tolling over the country today. It is the misery of the millions of refugees. It is our youth who have lost their lives in foreign lands. It is the inability of putting the resources under the service of the people unconditionally. It is the impoverishment.

However, there is nothing the peoples cannot share. Indeed, the gains of friendship between peoples will be for all of us.

Therefore, let us fulfill the duty entrusted to us by those who brought peace decades ago. Let us commemorate today with the verses of comrade Yannis Ritsos, the great poet of the neighbouring country. Let us know that peace is the dream of all children, and all mothers. Peace is our responsibility towards all children. And, if anyone intends to give truly “good news” to the peoples, it will come only with the struggle for peace on the basis of equality. It will not come with conducting drills over drills, nor with inviting the international monopolies to the country so as to enable them to exploit the resources.

We salute the World Peace Day…