Communist Party of Turkey (TKP) issued a statement on the anniversary of the June Resistance, also known as Gezi Resistance, in Turkey, saluting those who struggled against the darkness for a more bright future 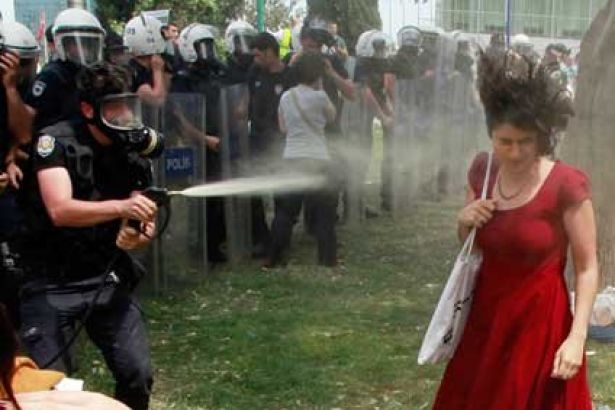 We all remember what happened in the summer of 2013 in Turkey.

Some will try to rewrite the events in a distorted way; but the traces of those days left on the lands of our country, on the streets and squares, and most importantly, on the people could not be erased.

Because the days of June 2013 we lived were not just a rapidly shining and fading flame. Everything that this country had accumulated over the years manifested in those days.

June 2013 is the struggle for enlightenment against the darkness.

June 2013 is the cooperation that is sprouted up against exploitation and injustice; it is the struggle for true equality that has been raised for decades and centuries.

June 2013 is the cry for freedom of the women revolting against the reactionary and outrageous prejudices. It is the struggle for an equal and humanely life.

June 2013 is the youth looking for a way out of an old world that is trying to extend its life with lies, hypocrisy, and forgery.

June 2013 is the call for "not to surrender, not to bow down". It is the ones who make the call and the ones who respond to the call with no hesitance.

Like every event in history, like all "decisive moments in the history of humankind", the June resistance has a background and future.

It will not be repeated because you never step into the same river twice.

It cannot be ignored because it is our future as much as our past.

We know that some were very surprised and frightened by the events of June 2013.

It was unexpectable for them.

For us, it was a flashpoint we know; we have been preparing for years, we have seen the whole country getting prepared.

Even in the most pessimistic, dismissive analysis, it is accepted that half of the country's active population was mobilized, took the street and the June resistance is a reality of this country that no malevolent force can manipulate.

There were people in the June resistance.

Those who try to turn the resistance into a past memory that  X, Y, Z generations will tell when they get older will not succeed.

The June resistance is not left in the memories; social struggles are people's historical experiences to carry forward, not to commemorate.

Greetings to those who participated in the June days of struggle!