Communist Party of Turkey protested the Greek government following the police violence against Greek workers and communists who commemorated the 1973 Polytechnic Resistance in Athens. 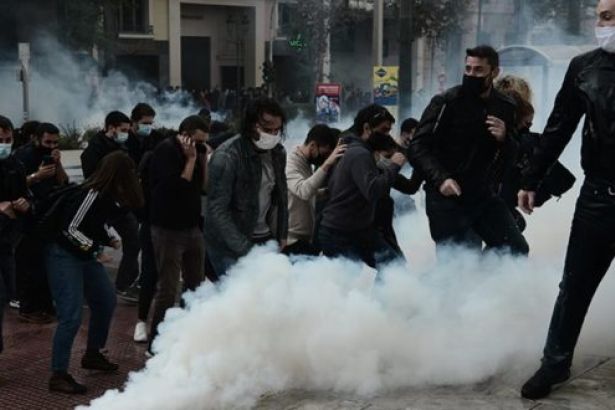 The Communist Party of Turkey (TKP) protested the Greek government following the police brutality against the Greek workers and communists who commemorated the 1973 Polytechnic Resistance in Athens.

TKP also sent a letter of protest to the Greek Embassy in Turkey.

The full statement of TKP regarding the police violence in Greece is as follows:

Long live the Polytechnic Resistance!
Down with the Dictatorship of the Capital!

Today the Greek government violently tried to prevent the workers, who tried to commemorate the 1973 Polytechnic Resistance in Athens, one of the most important popular resistance examples in the history of the people of Greece. The government committed a crime against its own people.

Police forces have brutally intervened or to put it straightforward, attacked the members of the Communist Party of Greece, members of trade unions and the All-Workers Militants Front (PAME). Tens of workers were arrested.

The pandemic cannot be the justification neither for this prohibition nor for this intervention. The Greek government, who has privatised the health system, closed down the hospitals and healthcare centres, stayed away from taking the necessary precautions to protect the workers, the students and the elderly, and who has given the priority to the profit that the bosses will make instead of giving it to the living rights of the people, has somehow remembered the pandemic on the anniversary of the Polytechnic Resistance.

None of the measures taken by any capitalist government against the pandemic are sincere.

The pandemic is only an excuse. We know the real reason behind the intervention. The Greek bourgeois class wants to prevent the working people from getting organised. They are afraid the workers and they fear that the workers will lay claim to their own history. The government, through today's intervention, has proven that it is the continuation of the junta fascism in 1973.

We firmly condemn the government's intervention. All those  who have been arrested  should immediately be released.

We are always with the working people of the neighbouring Greece and their vanguard, the Communist Party of Greece.