TKP: Our solidarity with Cuban people will never cease!

A resolution dedicated to solidarity with Cuba against the blockade was approved on the 13th Congress of the Communist Party of Turkey (TKP). 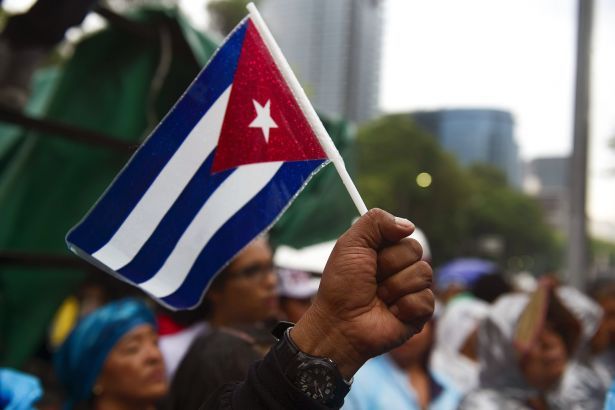 13th Congress of the Communist Party of Turkey (TKP) approved several resolutions. Among these, a special resolution dedicated to solidarity with Cuba against the blockade was shared publicly. Defining the fight against the distortions against Cuba as a duty for all members of TKP, the resolution called to end the blockade.

The full resolution is as follows:

END THE BLOCKADE! OUR SOLIDARITY WITH THE CUBAN PEOPLE WILL NEVER CEASE!

The last few months have witnessed an upsurge of the legitimacy of Cuban socialism all throughout the world, as the devotion and ardor of the Cuban health workers have shined in dozens of countries. Diligence, patriotism, militancy, being organized, altruism, and internationalism… The values which the Cuban people have demonstrated over and over have given hope to humanity for the future.

Cuba has not only managed to contain the pandemic but also saved thousands of lives thanks to the health workers and medications they have sent helping many other countries. The outstanding effort put forward by Cuban scientists has an important role in the search for a solution to the pandemic which has affected the whole world. However, the difficulties facing Cuba in the post-pandemic period and the ever-increasing blockade of the United States further intensifies the necessity of solidarity towards Cuba. We have full faith that the Cuban people will overcome the challenges that they will have to confront.

2. TKP will continue its struggle to put an end to the blockade of US imperialism which can be classified as genocide as its objective is to suffocate the Cuban people in the political, diplomatic, cultural, and social fields.

3. It is the duty of all members of TKP to fight against the slanders and distortions uttered in the media against Cuba.

4. The José Martí Association of Friendship with Cuba is continuing its 18-year effort to strengthen the solidarity with Cuba in Turkey with a recently launched campaign. On the occasion of this campaign, we call all the friends of Cuba to join their forces and defend the socialist island against the blockade.

Friends of Cuba in Turkey and Greece: 2021 Nobel Peace Prize should be awarded to Cuban doctors