Communist Party of Turkey issued a statement for the new year, saluting the people resisted in 2018 and hoping them to get stronger in 2019 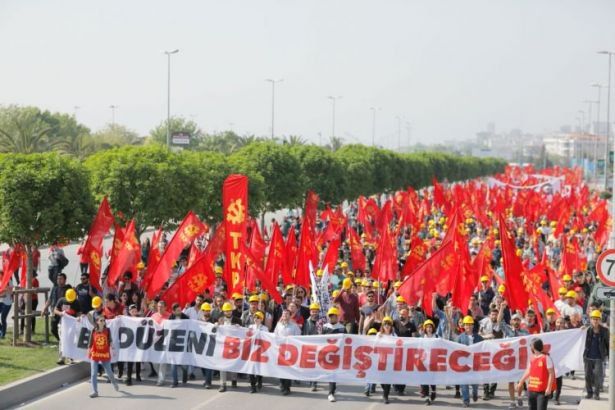 The Communist Party of Turkey (TKP) sends the following message to the working people of Turkey and the world for the new year:

Let 2019 be the year for resisting people to rise

We are at the end of a year which was marked by resistances in Turkey and in the world.

The last day of 2018 also marks the 60th anniversary of the Cuban revolution. 60 years ago, the Cuban people were at the forefront of a quick march completed with a new and hopeful system, as they threw out an unlawful, hostile and comprador dictator. Now 60 years later, Cuban socialism carries the hopes of the great humanity to a new year.

We hope that 2019 will be a year for the organized workers to change their front from defense to attack, for intellectuals trying to survive in the darkness of capitalism to get organized, for the songs of resistance to give way to the collapse of the order and to revolution all over the world. We salute the progressive working people who have no wealth other than their labor power and who inherit nothing other than the accumulation of science and art.