After the announcement of Turkey’s Minister of Treasury and Finance Berat Albayrak's new taxation plan of the AKP government, the Labour Centre of the Communist Party of Turkey (TKP) released a report on the anticipated consequences targeting the rights and gains of working people 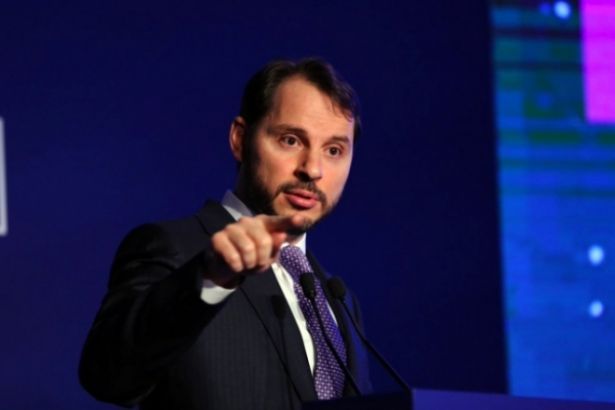 After Turkey’s Minister of Treasury and Finance Berat Albayrak’s announcement on April 11 of the “Structural Transformation Package of Economy”, the issue of creating a fund for severance pay, which is one of the latest gains of the working people of Turkey, has been widely debated. It is also planned for the Individual Retirement Insurance (BES), which can be disallowed for a period of time after it starts, to be fully obligatory and enlarged in extent, according to the 'reform package'.

The Labour Centre of the Communist Party of Turkey (TKP) released a report interpreting the practices such as the incentives employers receive over the employees’ pay, employment packages, minimum wage incentives, and the usage of unemployment insurance fund by employers, coming up along with the Package.

Stating that the plan is just another way of saying “We are going to take less and less tax from the rich, and more and more from the poor”, the report also exposes the means the AKP government has employed in order to relieve the bourgeoisie and increase the burden on working people.

SEVERANCE PAY FUND TO BE USED BY EMPLOYERS

The report underlines that the severance pay, which is one of the most significant gains of the working people and an important element of employment security alongside its monetary value, has been on the target by capitalists for a long time.

Stating that Turkey’s ruling AKP clearly intends to take away the assurance of severance pay under the pretense of a fund, the report also explains that the fund that is to be created will be used to support the bourgeoisie.

It was also underlined that the severance pay’s function of providing employment security will be abolished with the fund and that 1.5 billion Turkish Liras (nearly $260 million) will be saved up monthly in the fund.

Building on the plan to integrate the BES system with the severance pay fund, the report also establishes the intention to fully discharge the social security system.

TKP Labour Centre also made an assessment of Minister Albayrak’s remarks on “spreading the taxation on the base”:

“One of the topics mentioned in the package was the changes in the tax system. AKP’s minister for economy explained that the corporate income tax would be reduced gradually. This means that the burden of taxation is to be laid on the base, that is, on the working people. The assurance to ‘spread the taxation on the base’, which is just another way of collecting less tax from the rich and more from the poor, is also an indicator of the fact that the AKP is determined to maintain their enmity against workers on every front of the economy.

While the systems to relieve the bourgeoisie are financed through the pays of the working people, such as the Unemployment Fund, Severance Pay Fund, and the BES, this policy of taxation which means an increase in the tax cuts in the very same pays promises the working people nothing but more and more impoverishment.”

INCENTIVES: FROM THE PAYROLL OF THE WORKERS TO THE BOURGEOISIE

The actual striking part of the report is where it is revealed which sources, and how, are transferred to the bourgeoisie through various incentives that are still in effect. TKP Labour Centre highlights that the burden brought to the capitalists with the increase in the minimum wage is laid on the shoulders of the working people and that it can be clearly seen in everyone’s payroll. The report suggests that hundreds of billions of lira have been transferred to the bourgeoisie through the regulations which also reflect on the payrolls.

The important points as to the TKP Labour Centre’s observations on source transfers are as follows:

-5 points of the 11% Social Security Institution (SGK) employer premium is compensated by the state. 70 billion liras (more than $12 billion) were transferred to the bourgeoisie in the last 3 years.

-Following a law amendment, the employers' contributions for those who have been working as disabled or ex-inmate since 2008 started to be paid by the Treasury. The amount, which is calculated based on the minimum wage, reaches 525 liras ($90) per worker per month.

-With an addition to the Unemployment Insurance Bill in 2011, the unemployment premiums of those who were employed until 2015 (later extended to 2020) were paid by the Unemployment Fund, which amounts to 205 million liras ($35.5 million) that were supposed to be paid by employers.