The Communist Party of Turkey (TKP) Labor Center has released a report on privatization policies in education under the rule of the AKP government, showing how Turkey’s education system is collapsing as teachers are forced to work in slavery conditions 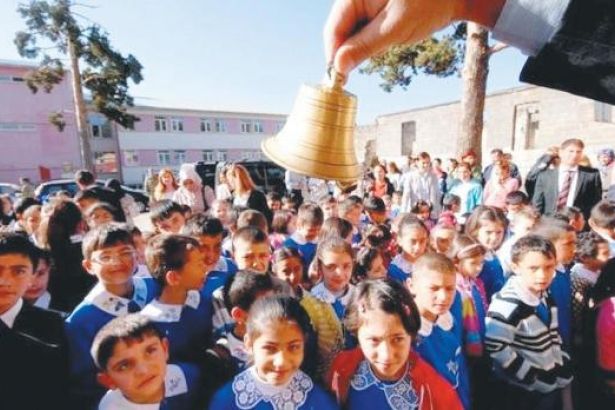 The report puts forth that Turkey’s education system is on the brink of collapse because of pro-market and reactionary policies that have been implemented for the past 40 years. As the report says, the privatization policies hit the top under the rule of the AKP government.

According to the report, education investments have been gradually decreased, educational programs lack quality due to the ill-planned and unsystematic readjustments, reactionary forces dominate the public schools, and a reserve army of unemployed teachers has emerged despite the need for tens of thousands of new teachers.

The report underlines that the government provides private schools with large financial resources while public schools are exempted from such allocations. Most of the teachers who were not appointed to public schools are forced to work at private schools under slavery conditions. Religious, reactionary, and anti-scientific policies have further spread along with the attacks of privatization in education.

PRIVATIZATION OF EDUCATION UNDER AKP

The Labor Center’s report reveals that the share of education investments supplied by Turkey’s Ministry of National Education has dropped from 17 percent to 5 percent between 2002 and 2019 under the rule of the AKP government.

The AKP government has provided the bosses of private schools with billions of lira under the name of supportive and incentive policies. Private schools have been granted with tax reductions, immovable properties, and financial support per student at private schools.

Emphasizing that the education minister, Ziya Selçuk, is also the owner of a private school, the report sets forth that the quality of education has extremely decreased as numerous private schools have been established across the country. The private school owners present various “political” views such as “Islamic conservatism” and “secularism” at schools in accordance with the parents’ “demands”.

The report indicates that hundreds of thousands of teachers who were not appointed to public schools have been forced to work at private schools with low wages amid mobbing without occupational rights and security.

As the report states, the private school bosses demand government aids even for the employment of teachers who they force to work with low wages. The report underlines that the relation of school administrators and teachers have turned into the relation of boss and workers while the parents of students have become clients.

As the teachers are mostly exposed to unpaid overtime working conditions, the bosses use the reserve army of unemployed teachers as an element of threat for the already working ones to impose them poor working conditions. The report shows that a gradually increasing number of teachers are forced to work without pay for months or with irregular payments.

According to the report, the parents and students have to pay around 65 thousand of lira ($11 thousand) annually for private schools. Poor parents suffer from long-term high credit debts to send their children to private schools.

As the report states, dozens of private schools are on the verge of bankruptcy amidst the ongoing economic crisis. The report clearly reveals that Turkey’s education system is collapsing as the teachers, students, and parents face an enormous breakdown.

The TKP Labor Center calls the people to struggle for public, scientific, and secular education in order to prevent the lack of quality, the decaying, and collapse in education. The report points out the need for public investments in public schools, not the private school sector.

The Labor Center also calls on the parents to struggle against the AKP government’s policy of raising Islamic religious generations, to wage this struggle everywhere not at the so-called secular private schools.

The report indicates the historical boycott of private “Doğa” school teachers who recently went on strike to protest their working conditions without pays for three months. As this boycott was the first-ever boycott witnessed at private schools in Turkey, it showed the strength of teachers if they unite in their struggle.

The Labor Center calls on the private school teachers to get organized and establish committees around the solidarity platform “We Breathe Down the Bosses’ Neck” initiated by the TKP to receive their unpaid wages and occupational rights at schools.

The report clearly states that the private school teachers and public school teachers have common interests although they are working in different conditions considering the AKP government’s attempts to create commercial standards and approaches at public schools as well.