TKP: It is not necessary to wait for yellow trade unionists to make a blunder

Türk-İş chairman, who has recently taken part in a press conference as a representative of public workers, has caused a lot of controversy with his words when he was caught off-camera. TKP issued a statement saying that it is the state of trade unions that should be discussed, not the trade union master’s scandalous words. 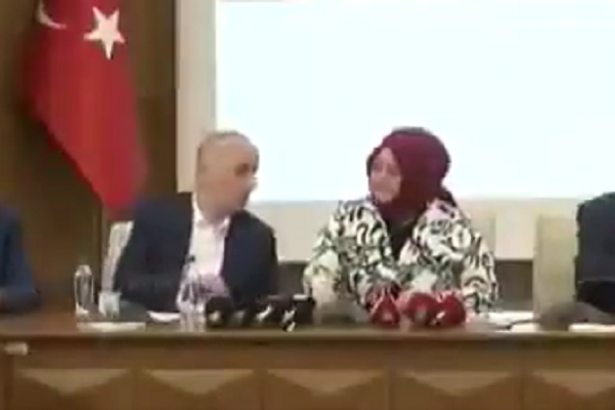 Communist Party of Turkey (TKP) has released a statement about the Confederation of Turkish Trade Unions’ (Türk-İş) chairman who made a blunder and the reactions it raised in recent days. In the statement, released with TKP’s Central Committee’s signature, the collective labor negotiations related to the increase in public workers' wages, the agreement that Türk-İş and the government reached and how this agreement was reflected on the press, were mentioned.

At the press conference held after Türk-İş accepted the government’s offer, Türk-İş chairman was caught off-camera saying to the Minister of Labor, “If we resisted against the government’s offer [for low wage increase], we would have put a spanner in the works. At least we didn’t let sleeping dogs lie."Reminding this blunder, the statement continued, “what needs to be criticized is not the Türk-İş chairman’s words heard from the open microphone, what needs to be criticized is how the unions became the tools of the capitalist class.”

With the title "Do they have to blunder to get protested?" the statement of TKP is as follows:

“The framework agreement concerning the rise in the wages of public workers was signed with the Türk-İş chairman whispering “otherwise things would be mixed up” to the minister's ear. This blunder of the chairman was criticized and protested in every circle, especially within the major opposition.
However, the issue is not limited to the blunder. The signed framework agreement crushes public workers under high inflation figures and the low rise will be used as an example for other sectors and workers. Moreover, the framework agreement, which was recently made “binding” by a decree of the President, seizes trade unions' right to strike in public contracts. The blunder is only stating the obvious.

Trade unionism that arises in line with the needs of the capitalist class is not new. The chairman of Türk-İş is not the first of such unionists. For a long time, bosses have kept workers' union organization under the control of trade unions. This is the historical and current mission of Türk-İş.
What needs to be criticized is not the words that the chairman of Türk-İş said with the microphone open without his notice, but the transformation of the unions into instruments of the capitalist class. The issue is how the unions ceased to be organizations of the working class. Moreover, this is not only a matter of criticism but a matter of struggle. Therefore, the critique of the major opposition cannot be taken as serious. There have been many examples when Türk-İş was lead by a chairman from the ranks of the opposition and not the ruling party, and this itself is not without the knowledge of the capitalist class.
The trade union movement will not wake up without the intervention of a movement that aims the liberation of the working class from exploitation. TKP will do its job to close this gap.