TKP: Imperialism is the cause of refugee crisis

The 13th Congress of the Communist Party of Turkey adopted a resolution regarding the refugee crisis in Turkey and the world. The resolution projects that a Migrant Workers Commission will be established under the workers' solidarity network PE. 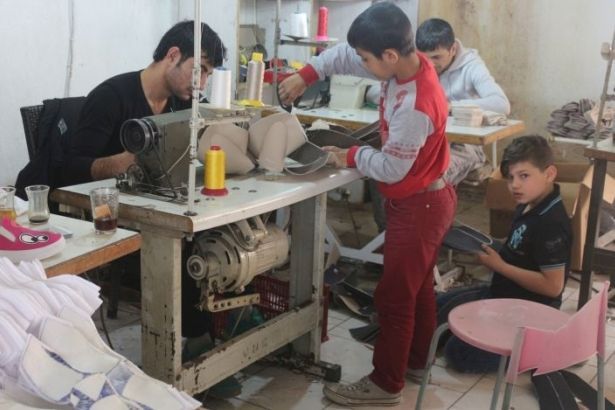 Convened on August 9, the 13th Congress of the Communist Party of Turkey (TKP) adopted a resolution with regards to the refugees and migrant workers, underlining that "imperialism is the cause of the refugee crisis" in Turkey and around the world.

"For the Communist Party of Turkey, it is a responsibility to act with solidarity and organize the class struggle with millions of migrant workers in our country," states the 12th Resolution of the 13th Congress. The full resolution is as follows:

Imperialism is the cause of the refugee crisis

The state of refugees is one of the biggest social damages imperialism created. This is not an issue that can be dealt with independently from imperialist wars. As long as imperialism continues, it will not be possible for refugees, whose number is tens of millions today, to live a humane life in the country where they were born or live.

In our country, refugees, who constitute the poorest and most vulnerable segment of the society, are oppressed by the hypocritical and reactionary policies of the government.

Although refugees have relatively effective communication in terms of their internal networks, they are one of the unorganized sections of the society when considered in terms of class struggle. Temporary accommodation and working conditions, language and cultural differences, as well as serious losses they experienced, can be counted among the reasons for their unorganized status. However, this does not mean an absolute impossibility.

The children who were forced to emigrate to Turkey at the beginning of the imperialist intervention against Syria are now young adults. These young adults are the most targeted of police bullets, drug dealers, and bosses who see them as slaves. Migrant workers, who had to make a living by selling their labor, were under more severe conditions than anyone else during the pandemic.

1. Communist Party of Turkey strongly condemns it to be subject to negotiation between the countries of the refugees. Communist Party of Turkey sees the refugees as the laborers whose rights were brutally taken away; these people are not elements of blackmailing in the relations with the EU, a trump card for expansionist policies in the Middle East, or a tool to gain importance in neo-Ottomanist agenda.

2. Our party supports refugees' right to an equal life against human trafficking, forced early marriages, and all forms of violence. It also regards condemning chauvinistic, discriminatory, and bullying attitudes towards refugees in society as a requirement of its ideological position.

3. For Communist Party of Turkey, it is a responsibility to act with solidarity and organize the class struggle with millions of migrant workers in our country. For this, it is necessary to enlarge and systematize the small-scale initiatives made in the past and to develop unique tools to reach this segment of the class.

4. As of the 13th Congress, a Migrant Workers Commission will be established under the solidarity network PE. It is decided to establish a communication network between the party members working with immigrants (in consulting, training, interpreting, psychological support, health, etc.) and to take steps in the organization of migrant workers as soon as possible.