Communist Party of Turkey (TKP) Central Committee member, Erhan Nalçacı, gave an interview to TKP’s weekly “Boyun Eğme” on the party’s campaign against all kinds of addiction and its results 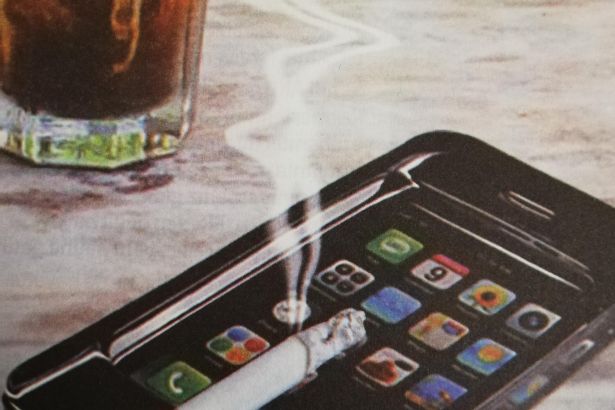 Communist Party of Turkey (TKP) has recently started a campaign against addiction, following a statement released by the party’s Central Committee. Many steps have been taken towards this issue and campaign in the party's district house organizations and in the political work among the youth.

TKP defined the fight against all kinds of addiction on the internal agenda of the party and started a campaign in September. Could you tell us about the campaign?

As you mentioned, it was started as an internal agenda item, but we would like to share it with our friends and working people. This agenda has been determined not by an individual “refinement” of the party members but by the needs of our political struggle and along with our intervention to the whole society.

TKP HAS SET THE FIGHT AGAINST ADDICTION

There is a duality in the process we are experiencing today. On the one hand, the capitalist system is cracking and the crisis is dragging Turkey and the world to a deep depression. Our era inholds reactionism and oppression, but it also contains lots of revolutionary opportunities. We will better understand this in the upcoming period. The consecutive crisis will create opportunities for the working classes to leap forward, but it is valuable if we are organized. Indeed, the capitalist/imperialist system faces a big moral, ideological and political crisis, however, this does not mean the opportunities to overthrow the system will wait for us so long. This requires a party that is on call and ready to take responsibility. That is why TKP has set the fight against addiction. In order to increase the life discipline of the party, to strengthen the will of every member, to close the doors to addictions that drift the individuals from the needs of the struggle…

On the other hand, social decay is multi-faceted and passes into every gap without noticing. TKP started to focus on organizing in workplaces and working-class neighborhoods following its decision, “to the workers”. Along with several other problems, the working class is also facing an addiction problem. Addiction is one of the means by which the existing order holds the workers captive. We need to do something against this. This means being protected from a tool of the order that inevitably reaches the party.

ADDICTION IS NOT A PROBLEM OF CHEMICALS

What do you mean by addiction?

Although addiction is often defined concretely by a particular substance or practice, the matter is not actually tied up in this substance. When we say smoking addiction, the chemical relationship with nicotine is actually a result. Addiction is a problem that arises in the social life and forms of the social existence of individuals.

On the other hand, when addiction is mentioned, it is “drug addiction” that comes to mind first.

The party has long been fighting against the drug problem, especially among young workers in the working-class neighborhoods. It is now intensifying. A large number of seminars are held against drug addiction in district houses and we try to raise the awareness of the working people on this issue.

However, there are many different types of addiction today, ranging from smoking and alcohol use to social media addiction and even TV series addiction. It would not be wrong to say that these are the virtual forms of existence that individuals who are surrounded by the chains of class society have to seek refuge with. We expect a communist, who has adopted the idea of changing the order of exploitation that has enslaved the society, to resist this situation that has inflicted and enslaved this society and not to surrender himself to them.

If we are to change the decaying conditions in the system of exploitation, we must mobilize more power for it. We think that we need to move away from the habits that are consuming, distracting and gradually emptying life and, instead, we need to read more, spend more time organizing the working people and try to strengthen our social solidarity.

Indeed, we are not in a time that will allow the conversations of the meetings with alcohol, the time spent to nonsense discussions on social media and the hidden dependence created by them.

What did you do to fight against this addiction? Did you impose bans?

No, it's probably not a good way to fight addictions. The first thing we do is to develop a political and organizational climate that will enable all party members to focus more on the struggle and make their lives meaningful. We also know that there is much more to do. This will be one of the main topics of the party congress next year.

Secondly, we took measures to reduce the legitimacy of addiction. For example, shouldering more responsibility is important in the life of a communist. This does not mean careerism as in the existing system. Within the party, we have declared that being free of addictions is a criterion to take more responsibility.

It's not an easy topic. Have you made any progress?

This attitude was welcomed very positively. Very serious progress was made in a short time, especially regarding the smoking addiction. We received a very good response especially in the cadres struggling in youth.

This was a step that boosted the self-confidence of the party and the party members and it reinforced its pioneer character. In addition, this attitude increased the confidence of our friends in the party. But, of course, we realize that we need to go further, especially at a time when  TKP began to increase its impact on society.