“The decisions of AKP ignoring the laws and rules have no legitimacy”, the Communist Party of Turkey said in its statement after the Turkish government has appointed trustees to the metropolitan mayors of Diyarbakır, Mardin, and Van 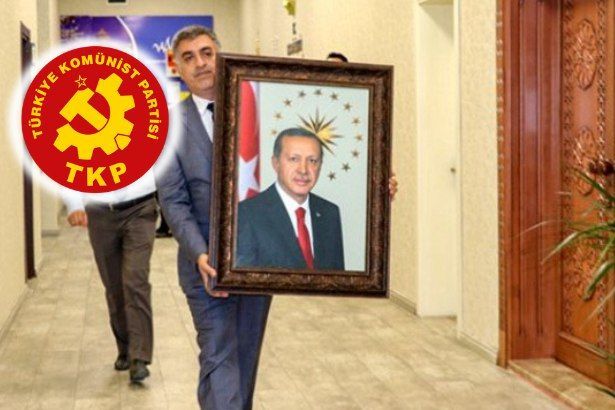 The Communist Party of Turkey (TKP) has released a statement on the unlawful dismissals of the elected pro-Kurdish Peoples’ Democratic Party (HDP) Metropolitan Mayors of Diyarbakır, Mardin, and Van on August 19.

Stating that the AKP has always defended the wrong, the evil and the injustice for its 17 years in political power, TKP’s statement said: “The AKP government should not be allowed to legitimize this unlawful step.”

“The AKP government, which has dismissed the HDP Mayors of the Metropolitan Municipalities of Diyarbakır, Van, and Mardin by appointing trustees, defended this despotism on the pretext that it is ‘lawful and conscientious’.”

Noting that “It is not possible for this decision to have legal grounds because there is no rule of law in Turkey”, TKP also said in its statement: “There must be written rules in order to talk about the existence of a rule of law ─ such as ‘what is a crime and what is not’, depending on these rules.”

“There is no provision in the existing laws defining voting for a political party’s candidates in the elections or being elected from a certain political party as a crime,” TKP reminded in its statement.

“In this respect, the Turkish government rules the country by means of unwritten rules, unlawfully arresting and dismissing people.”

Stating that the AKP is the last political party that has the right to talk about “the conscientious suitability” of the dismissal of the three HDP Mayors, TKP underlined in its statement: “It is utterly nonsense that a political mindset, which is hostile to labor, motherland, culture, people and nature, dares to defend its any action on the basis of ‘conscience’ discourse.”

“The AKP government almost acts like a political power aftermath of a revolution by flouting the laws and rules. Yet, revolutions are social transformations that make humanity progress forward.”

“Revolutions that violate the laws while springing into action to establish the better, more beautiful, juster and more advanced order shape the new political and social life in the course of time by setting up new rules and laws.”

“However, the AKP has always defended the wrong, the evil and the injustice for its 17 years in political power, and it has felt the need to act unlawfully every passing day because the AKP is a counter-revolutionary force,” TKP highlighted in its statement.

“The decisions taken by a counter-revolutionary force are not only unlawful but also they have no rationality and legitimacy.”

“The AKP government should not be allowed to legitimize this unlawful step,” TKP concluded.