TKP: “Defense industry must be nationalized”

The Communist Party of Turkey (TKP) called for the nationalization of the defense industry after the recent developments in which privatization in army tank plants and lands owned by the army. 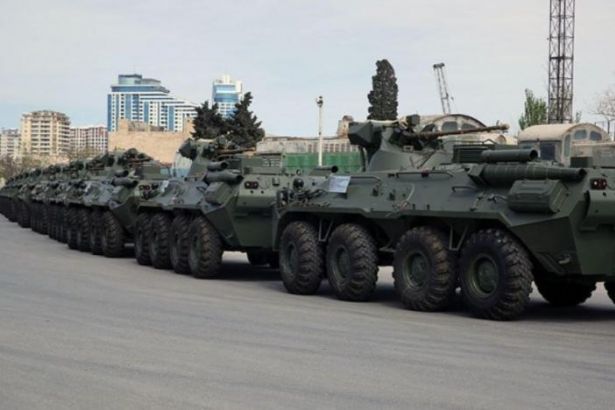 The call for nationalization in the defense industry came after the recent developments in which privatization in army tank plant and lands owned by the army. The defense industry became one of the most dynamic industries of Turkey with Turkey’s ruling AKP’s aggressive foreign policy.

Before overcoming imperialism, our people's need to defend themselves and our country will not cease. Armament under the domination of the market does nothing but serve the aggression of imperialism and astronomical profits of international arms monopolies. Therefore;

1-To rescue the defense industry from being a part of the imperialist aggression and being an execution instrument for the expansionist tendencies of the capital,

2-To get rid of a dependency on the terrorist organization NATO which defends the interests of imperialism against the workers and people all around the world,

3-To stop the flow of resources of the country into the pockets of international arms monopolies and its domestic partners,

4-To run a defense policy that is based upon the independence and sovereignty of Turkey,

5-To run a foreign policy that defends the independence and sovereignty of all countries and the peoples around the world as a principle,

6-To prevent the defense industry from being an instrument of direct and indirect capital transfer under the name of incentive,

7-To really meet the defense needs of the country by taking away the production and sale of weapons from the bosses who are looking for new markets, using force for this, spreading hostility to other countries in the region,

8-To prevent the liquidation of public enterprises that have been built by large resources for years and to prevent the bosses from using the country’s resources and technology for their own interests,

9-To stop the increasing foreign dependency in technology as a result of the growth of the private sector, which increases its share in the defense industry day by day with the import-oriented arms trade,

10-To defend the worsening personal rights of workers with skilled labor in the defense industry and to provide job protection,

All enterprises related to the defense industry must be nationalized.