Communist Party of Turkey (TKP) called on the people to come together against the price hikes in electricity, water, and gas, which are vital necessities during the pandemic. 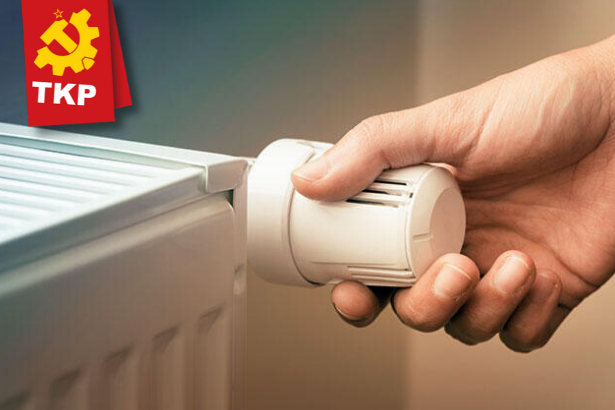 Protesting the high utility expenses and the recent price hikes in the country, Turkey's communists started a campaign saying "We do not accept these utility bills. All debts should be written off!".

Communist Party of Turkey (TKP) called on the public to take a screenshot of the bill information received and to share it on social media. Emphasizing that the reactions against the high utility bills can be grown only by acting together, TKP announced that distribution companies that do not respond to objections will be disclosed and necessary legal steps will be taken.

The consumption of electricity, water, and natural gas inevitably increases in conditions where people had to stay in their homes due to the epidemic. The demand for these services to be free becomes even more legitimate, TKP says, while the working people of Turkey started to be laid off or forced to get unpaid leave, leading them to have difficulties in meeting their minimum living needs.

Since the beginning of the epidemic, the ruling AKP government has announced many measures to protect natural gas and electricity distribution companies, while no measure was taken to ensure the minimum needs of citizens.

TKP demands all resources be used for the public in order not to make even a single citizen living without electricity, water, gas. Calling to strengthen the protest, TKP says, all utility bills issued during the epidemic should be canceled and debts should be written off. Moreover, cutting water, electricity, and natural gas of the households because of unpaid bills should be prohibited, TKP adds.