SoL columnist and TKP Party Central Council member, Aydemir Güler writes, as we enter the new year, on the 100th year of TKP in light of Marxist understanding of history 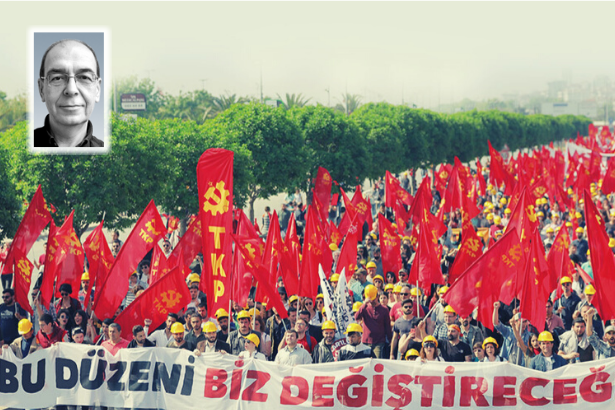 We could have set the entrance to our 100th year as the 10th of September, namely the date the Communist Party of Turkey’s foundation was declared. But it is also pretty much possible to put a mark on the first day of 2020.

Politics is about the future. It cannot be without history. But it has a history only for reaching to the future. Emotional nostalgia in politics is pointless.

If the Communist Party of Turkey was a fact limited to the past, we would be talking about a new step of withering away process rather than the 100-year history. Would it not be senseless to celebrate that?

2020 should be a year where TKP cumulates power to dash into the future.

What about history and commemoration? Only if the long history has a future, only if your commemoration subject contains anything to be celebrated, it is right.

It is possible that people commemorate, celebrate something which concerns them only. It could be the case in politics too. It is a political step maybe, or an incident or a decision in one’s life which constitutes a milestone. You may commemorate or celebrate it if you like.

In this case, even though it has political content, this celebration deed is not a political action itself; because it is about one or few persons only.

However, politics is about quantities. It cannot be called politics unless it concerns the whole class, the country, humanity itself.

Today, in 2020, if the Communist Party of Turkey was a fact that concerns only the ones within if it did not mean anything about the future of the society, working people and humanity; it would be no different than a 10th or a 50th school reunion.

No matter how much those quantities are aware of it now; the Communist Party of Turkey is the owner and the carrier of that big call. This is why the 100th year is something to celebrate.

Never mind the ones who see lives in vain when they look to the past century. No victory is built on the past without defeats. Thus it is folly, in fact, to reckon the defeats of yesterday as gone down the drain.

Seeing great endeavors, self-sacrifices in the past is not sufficient either. No, it is not.

Can we link these efforts, sacrifices to this day and to the future? This is the question. If you answer it negatively then you may feel close to the endeavored people, to those self-denying people but it would be only conscientious rather than political. If there is no one today who can define his existence and his provisions about the future within a connection with the endeavor of the past, then the past is dead.

Can “We Breathe Down the Bosses’ Neck” slogan belonging to TKP of 2020 be related to the word of the ones who founded unions and union federations to gain their rights in 1946? Do communist youth feel the motto “We walk the same road with the working class!” within? Can today’s communists say “we’d do it again!” when they remember the socialist countries of the past?

If those are the case, we have a 100th year to celebrate.

What about mistakes? It’s just us now; we have to admit there are grave mistakes in the past. There are times they did not chance their arms.

Never mind the ones who look at those and sink into despair or become sarcastic. Life is not foolproof.

If the ones struggling today see the mistakes of the past as their own then it means the history did not cease but is still flowing. We would do better than those unions. We would not fall into errors again about the democracy of the bourgeoisie. We would not assess internationalism that way this time. Never again, anything could withhold us from shooting for the revolution.

The mistake was ours. Then we are to find the truth. The history will not become yesterday as long as TKP of 2020 claims to find it. Thus celebrating the 100th year and walking towards the future become the same thing.