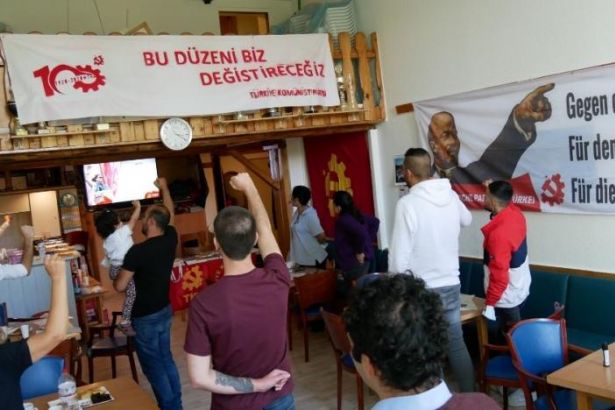 The Communist Party of Turkey (TKP) continues to hold events with friends across the world, as well as in Turkey, for the 100th anniversary of the foundation of TKP. One of these events was held in Hannover, Germany, on September 20 with limited participation and necessary health measures due to the coronavirus pandemic.

Beginning with the anthem of The Internationale sung all together and an opening speech, the event was followed by the speech by the General Secretary Kemal Okuyan from the event in İstanbul and the greeting messages by the Greek Communist Party General Secretary Dimitris Kutsumbas, who is the first owner of the Mustafa Suphi Friendship Award, which has been given for the first time this year.

After the communist poet Nâzım Hikmet's poems were read, a "Party History" presentation by Haluk Arıcan was made, in which the important parts of the hundred-year history of the party were shared, stating that TKP has been acting from the beginning with the principle of the actuality of socialism in Turkey.

After the presentation, Onur Aslan shared TKP’s current political aims and the decisions taken at the 13th Party Congress, informing the participants of how far Turkey's solidarity network "We Breathe Down the Bosses' Neck" (PE) has come, of the course that the new trade union “Unity” will follow, of the new plans of the Academy of Science and Enlightenment and of the organizing moves of TKP.

After a short film made by Nâzım Hikmet Cultural Centre (NHKM) Cinema Collective for the 100th anniversary of TKP and a poem recital, the new party volunteers were given a “welcome” badge.