The mayoral candidate of the Communist Party of Turkey (TKP) for the local elections on March 31, Zehra Güner Karaoğlu, withdrew her candidacy for redo elections on June 23 and made a press statement on the past and upcoming elections 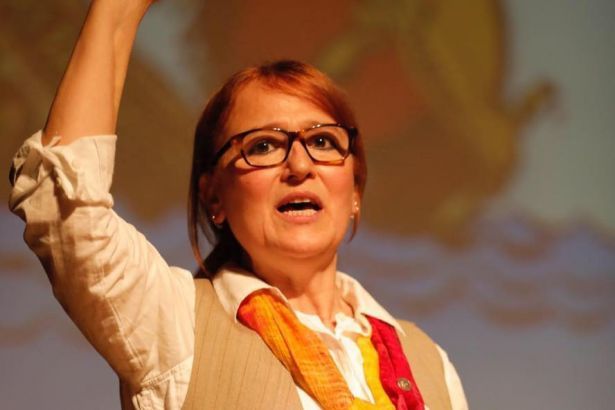 Zehra Güner Karaoğlu, the İstanbul Metropolitan Municipality candidate of the Communist Party of Turkey (TKP) in the local elections of March 31, handed over her waiver of candidacy for the revote on June 23.

Along with Karaoğlu’s waiver, one more bill was given to the local election board with the signature of her party, the TKP.

While it was reported that none of the parties who ran a candidate for March 31 have withdrawn their candidates yet, Karaoğlu noted after handing over her waiver: “We do not think that the voting on June 23 will determine the legitimate and elected mayor of İstanbul Metropolitan Municipality, which we already announced right after the utterly unlawful decision of the YSK [Turkey’s Supreme Election Committee]."

"Both in the name of my party and myself, I can say that the pieces of truth that have been revealed since have only strengthened our stance. Ekrem İmamoğlu, who was elected in the 31 March elections, is a figure we consider as a politician of the [capitalist] system. The fact that voting, through which İmamoğlu was elected, was disliked and canceled by the government is extortion that even pushes the usual limits of the politics in the capitalist system.

We announced that my candidacy would be terminated for June 23 election. We have made it official today.

I would like to underline again that it is huge negligence to pretend like everything is normal and to attribute this extortion to ‘the normalization needed by the whole society’ in a time when arbitrariness and despotism try to undermine the common suffrage and when this historic gain is under threat," Güner Karaoğlu said.