Communist Party of Turkey (TKP) calls on the working people of Turkey to protest the extremely high heating bills and organizes a demonstration in front of the payment offices in the three biggest cities. 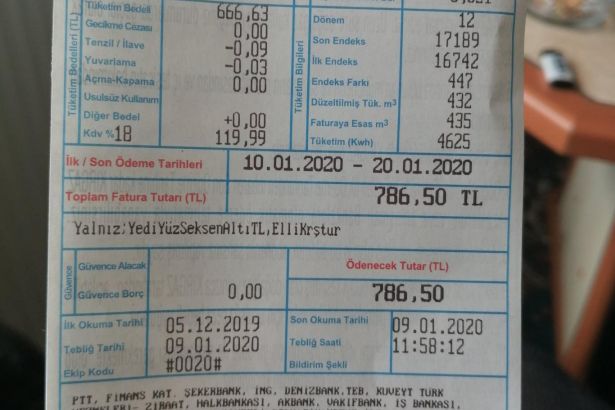 Communist Party of Turkey (TKP) has recently started a campaign, calling on the working class of Turkey to protest the extremely high heating bills. Publishing a statement on the issue, TKP says "we are not able to stay warm and we are overcharged."

The communists shouted out that "we reject high heating expense" and called on the people to meet in front of the payment offices in the city centers of Ankara, İstanbul, and İzmir on Saturday to protest the extremely high gas prices and extra fees reflected on the bills. As a protest, the citizens gathering in front of the government offices will submit collective petitions objecting to the prices.

"With the winter months, natural gas and electricity bills have reached the levels that citizens cannot pay. The biggest reason for this is the price increases made by the government ignoring that access to electricity, water, and natural gas is a fundamental right.

Big companies sell electricity, water, and natural gas at excessive prices and make huge profits. Moreover, while the government removed the big companies' tax burdens it collects taxes from working people with different items on the bills," TKP said in the statement.

The petitions to be submitted will demand the following: