TKP calls for organizing against gold mining in Turkey's Samsun 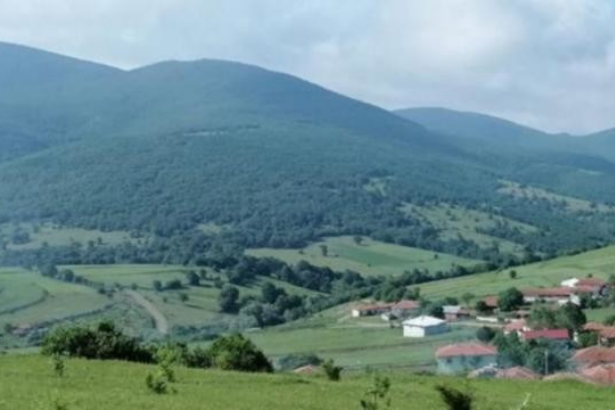 The gold mining with the use of cyanide in Başalan village of Turkey's Samsun, which was launched by the collaboration of the Canadian Eldorado Gold Corporation-TÜPRAG Mining has raised a public outrage. The gold mining agreement would be in effect until 2024 and would cover 11,800 hectare forests in the Şahin mountains, Samsun.

The Communist Party of Turkey (TKP) has called for organizing against the gold mining in Samsun and invited the people of Samsun to the event called ‘We are ready’.

TKP underlines that TÜPRAG Mining is a Turkish subcontractor of the Eldorado Gold and has been undertaking gold mining in Kışladağ, Uşak-Eşme. TKP reminds of the collapse of waste pool in Kütahya Eti Gümüş and the spread of 25 million tonnes of cyanide water, which causes the death of animals even today.

TKP further underlines that legal framework, which was amended in 2017, makes the seeking of public opinion and environmental research irrelevant. TÜPRAG applied for official permission for gold mining eight days after the legal amendment.

According to TKP, this demonstrates how private corporations, multinational/transnational companies, foreign monopolies pursue lobbying at the state level through connecting with the Parliament opposition or local governors. TKP highlights that we still have time to save Samsun before the drilling begins and people do not depend on the possibility of employment by the gold mining companies.

Belma Nur Kartal, the head of TKP Samsun provincial organization stated, in the event, that "The government must stop acting in favor of Eldorado-TÜPRAG. TÜPRAG must declare where exactly they would pursue the digging on the map. Many countries ranging from the Czech Republic to Argentina have banned the use of cyanide for gold mining. The Turkish Council of State banned TÜPRAG’s gold mining with cyanide in Kışladağ on the basis of Article 17 of the Constitution regarding the right to live in a clean environment."

"Nevertheless, TÜPRAG was granted the permission of the Ministry of Environment, and thus, avoided science and the rule of law. We still remember this and we warn the company. We urge the immediate termination of the gold mining with cyanide, which poisons the environment. 53 out of 99 official permission granted are for gold mining. There are still many more companies that would seek official permissions for gold mining. These companies seek to exploit our country in collaboration with the AKP," she added.

TKP Samsun provincial organization declares that they would not allow the environmental destruction of villages and towns. This is only possible if the market economy is abolished and environmental policies follow the health and safety of the people.

Previously, the Samsun Environment Platform (SAMÇEP) has also given a press release regarding the issue. According to Saydam Bayram, a geophysical engineer from the Platform, the Eldorado Gold would claim the 98% of the gold whereas Turkey would claim only 2%. Bayram finds the ruling AKP’s such energy policy hypocritical in the time of economic crisis.

Hüseyin Tosun from the Platform also underlined that the area that would be searched is three times bigger than the Kaz mountains, and hence, the environmental destruction it would cause. The locals reported that the governor intimated village headmen about not getting involved with the public reaction against the gold mining.

Kaz Mountains: The lies of gold-lovers vs the truths