Communist Party of Turkey (TKP) has recently published a pamphlet answering the questions "Why are we against AKP?", "Why is the Nation Alliance not a solution?", "Why should we prepare for 2023?" and called for coming together against the establishment. 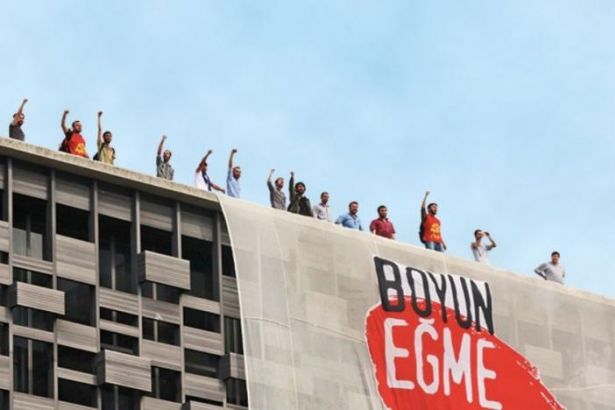 Communist Party of Turkey (TKP) released a pamphlet explaining how to struggle against Turkey’s ruling AKP and calls for coming together and forming a front against the existing order.

The communists will start a campaign to spread the call via several different platforms including small-scale visits and large-scale online meetings. Hundreds of thousands of copies of the pamphlet will be distributed across the country.

“We are against the AKP since the beginning,” the communists state, emphasizing that the problem is not only in the presidential system. Explaining the need to stand against AKP, TKP also stressed that we should get rid of the reasons that led AKP to came to power:

We do not believe in an “emancipation” that would undermine or put an end to AKP’s rule while doing nothing about the domination of international monopolies in the country.

We do not believe in a “solution” that would put an end to AKP’s rule but keep the country in the dark while secularism falls through the floor.

We do not believe in an “alternative” that would put an end to AKP’s rule but keep Turkey under the domination of NATO, EU, and US imperialism.

AKP stole 18 years from our country, from our people. We should be awake for not losing 18 more years.”

“Why not supporting the bourgeois opposition?” TKP answered the question, which is constantly being asked, by emphasizing that another alternative is possible other than two choices.

The pamphlet includes TKP’s call for a front while the bourgeois politics makes provision for the Republic’s 100th anniversary.

As stated in the pamphlet, the front:

“Must defend the absolute break from the establishment,

Must reject a conception of politics limited to elections based on the fact that the organized struggle of the people is, above all,

Must clearly declare that there will not be a pursuit of democracy and freedom associating with foreign countries and religious communities,

Must be against the imperialist wars, bloody confrontations of international monopolies, neo-Ottomanist aggressive foreign politics,

Must undertake the representation of the masses of laborers who accumulate anger against impoverishment and extreme exploitation, but who are prevented from pouring this anger into action and organization, seeking their rights, and ensure that the problems and demands of the workers become the first topic of the politics,

Must challenge with liberalism and nationalism which are two sides of the same coin and complementing each other,”

“We must prepare for 2023.” emphasized in the pamphlet, which stated, “Let’s work together to make the Socialist Republic a real option in 2023 and not to hand over our country to the conflict between the reactionary, pro-market, and pro-establishment forces.”