TKP asks: Who benefits from the war economy?

As the Turkish offensive in northern Syria continues, the daily podcast of the Communist Party of Turkey (TKP) 'Voice of TKP' today asked who benefits from the war economy 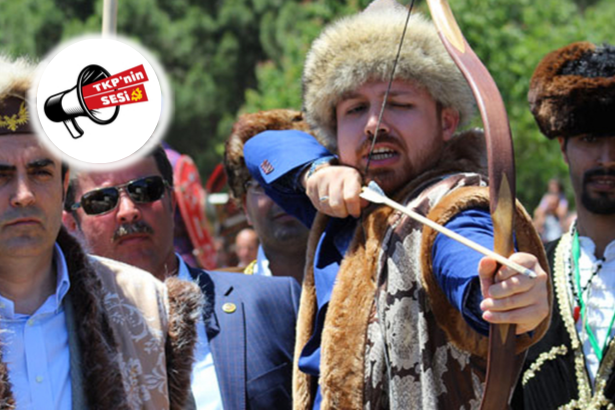 The daily podcast "Voice of TKP" addressed the offensive in Syria in its latest release, stating that the developments in domestic politics and economy are left outside the agenda in Turkey as the offensive continues.

"Erdoğan continues to use anti-US and anti-EU as a stick in the internal politics of the country, taking on an “anti-imperialist” mask," states TKP in the podcast.

Noting that the opposition bloc, which was recently said to have jointly committed to the plan of Erdoğan's decline, is fully supportive of this step, TKP argues that under the name of national interests and the fight against terrorism, Erdoğan's political life is extended.

LOSS FOR PEOPLE, GAIN FOR CAPITAL

In the podcast, TKP also stresses that along with the developments in Syria, developments in the Turkish economy should also be followed. While the foreign press continually interprets Erdoğan's intervention in Syria as a big gamble, TKP suggests that this interpretation is questionable when the economic developments are considered.

The economic consequences of the operation and pro-war policies are evaluated as follows: "We have a basic truth; in this order, the winner of the wars will always be the capital. The price of the war will be paid by the working people."