Communist Party of Turkey (TKP) has made a statement regarding the press conference where Health Minister Fahrettin Koca admitted the numbers of positive COVID-19 cases announced by the Ministry were not real numbers. 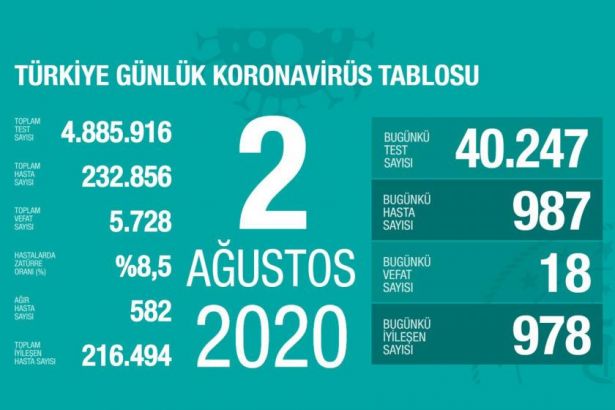 In the press conference on Thursday, Turkey’s Health Minister Fahrettin Koca admitted that the number of patients in the daily coronavirus data table of Turkey does not include asymptomatic cases with positive test results. Answering the question of whether the number of asymptomatic cases will be announced, Koca said'The numbers we give include the patients. This is the information that we provide.'

The daily data table of the Ministry, the "turquoise table", includes information about the daily numbers of tests performed, positive cases, casualties, occupancy in health facilities. The information provided by the Ministry has been criticized by experts and medical doctors’ groups because it hid the true numbers, misleading the public with incorrect information, and hardening the fight against the pandemic. Following the minister’s statements, it was revealed that the daily numbers of the positive cases only represent the symptomatic patients but do not include the positive cases who are asymptomatic.

Communist Party of Turkey (TKP) has made a statement, pointing out that the recent statements of the minister served to confuse the public rather than enlighten them. The statement emphasized that the AKP rule continues to ignore the people.

1- The statements of the Minister of Health yesterday, as always, served to confuse the public rather than enlighten them. It can be clearly seen that the government has adopted this as a strategy.

2- Nobody was aware of the change made in the "turquoise table". Would it be so difficult to inform the public that from now on they were going to announce the number of patients, not cases?

3- The government insisted on not sharing the information about the number of cases by cities with the public for months. Likewise, the Minister of Health persistently refuses to explain the number of asymptomatic cases. Why are you hiding the data from the public?

4- The circumstances of the performed PCR tests are unknown. If people with no symptoms are being tested with PCR, why are risk groups, workers, and healthcare workers not tested extensively?

5- Why is the total number of positive cases not disclosed?

6- The summary is that the AKP rule continues to ignore the people. This is the only way they know in health, education, law, and economy.