TKP: Administration in Sudan shall be handed over to the people! 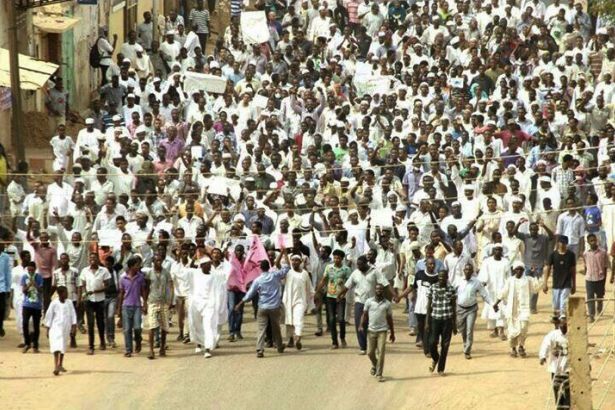 Communist Party of Turkey (TKP) released a statement on the military coup in Sudan, where the people started to rise against the increasing poverty since last December with the demand of resignation of President Omar al-Bashir.

Emphasizing that the struggle of the people of Sudan, who raised their voice to the world through strikes and mass actions to destroy the regime of al-Bashir, is legitimate, the statement noted that the military coup would have serious consequences.

The Administration in Sudan Shall Be Handed Over to the People!

People of Sudan, who had been extremely impoverished due to current economic programs and restrictions imposed by IMF and World Bank, have courageously resisted the impositions for months and made themselves heard with strikes and massive demonstrations against the increasing oppression and assault of the reactionary regime.

The legitimacy of people’s struggle to overthrow the Bashir regime, which is clearly in an administration crisis, is crystal clear; however, it is also clear that overthrowing this regime with a military coup will result in grave consequences for the people. The Administration in Sudan shall be handed over to the people immediately.

On the other hand, the risk of Sudan turning into a new hot spot, a new playground of imperialist rivalry shall not be overlooked. The conflict between Russia and China bloc that continues to make military and commercial investments in Sudan and Western Imperialism which have influence on some of the institutions and actors in the country shall not be permitted to suffocate the struggle of the people against Bashir dictatorship and for the right of humane life.

In the massive demonstrations against the regime which hundreds of thousands of people have participated in almost all cities, Sudanese Communist Party has been in the frontline of the struggle with other progressive forces and struggled for the triumph of the people’s resistance at the risk of grave consequences. Sudanese Communist Party declared that it will continue to resist until the demands of Freedom and Change Alliance, which CPS is a part of, are satisfied and a civilian transition government is formed. We salute the people of Sudan and their struggle which we closely monitor and share our sincere solidarity with the Sudanese Communist Party which ensured and led the continuation of the protests for months.