The Communist Party of Turkey calls on the people to attend the Party meetings in September on the occasion of the 100th anniversary of TKP. 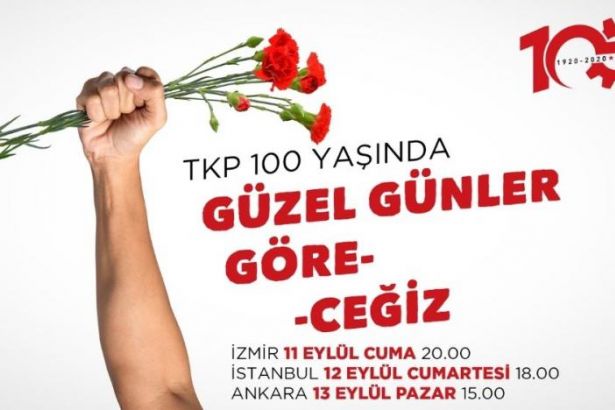 TKP will organize public meetings in Turkey’s three biggest cities (İstanbul, Ankara, and İzmir) on September 11,12,13 for the 100th foundation anniversary of the Party.

TKP calls on the people to attend the rallies in September for independence, secularist and Republican values, and socialism.

“Humanity managed to overcome even more desperate times; as long as the people who support justice, enlightenment and equality do their part. TKP is turning 100 with the determination of doing her part. We will not leave this country and the world to darkness, we will not bow down!” TKP says.

TKP had been established in Baku on September 10, 1920, a year after the foundation of the Communist International and just following the Baku Congress of the Peoples of the East.