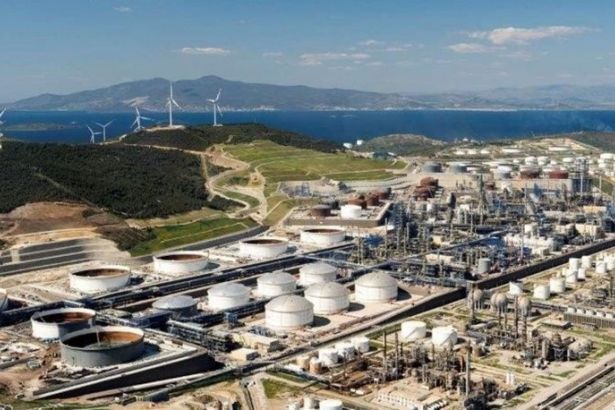 Three workers were injured after an explosion at Star Refinery in Turkey’s western province of Izmir on Oct 30, 2018. Star Refinery was inaugurated by the Turkish President Recep Tayyip Erdoğan on Oct 19.

According to information given by the prime contractor company of Star Refinery, the blast occurred due to vapour pressure during the works on pipelines.

STAR REFINERY: A NOTORIOUS WITH ITS ANTI-LABOR PRACTICES

Star Refinery is known with its anti-worker practices. Company's management had unlawfully put a ban on the union rights of the workers in April 2017 and caused several cases of food poisoning at its construction site. The catering firm working with Star Refinery is known to be close to Turkish President Recep Tayyip Erdoğan's AKP government.

Star Refinery, established within the State Oil Company of Azerbaijan Republic (SOCAR), was declared as Turkey’s first "private industrial zone" by the decision of Erdoğan. Within this context, the expenditures such as infrastructure and land confiscation required for the investments of the oil company are covered by the state.

Star Refinery had started operating in İzmir after the AKP government’s new privatization move of Turkey’s first petrochemical plant PETKİM. PETKİM was privatized by the AKP in 2008 and 51 percent of its shares were transferred to SOCAR Turkey in 2011.

As a SOCAR investment, Star Refinery also acquired some landed property of PETKİM in 2011. Having signed the largest loan agreement with the longest term in the history of Turkish real sector, Star Refinery has become one of the largest oil and gas project finance operations in Europe – Middle East – Africa region.

SOCAR oil refinery in Turkey gets endorsement by presidential decree