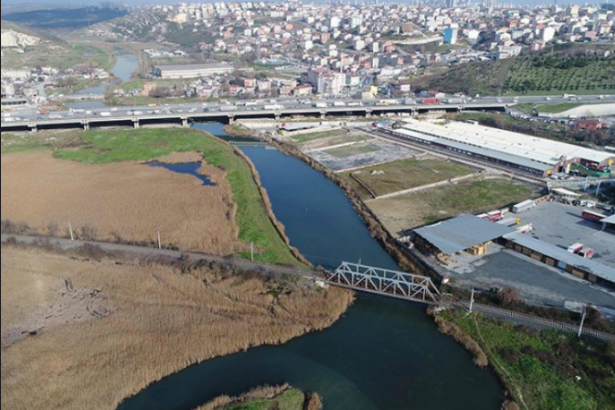 Çiğdem Toker from Sözcü daily has reached the title deed information of the three largest Arab companies, whom the spokesperson of the Istanbul Metropolitan Municipality Mayor Ekrem İmamoğlu has announced last week, as the biggest new owners of vast amounts of land along the Canal Istanbul line.

İmamoğlu had said, "Since 2011, the land transfers have reached a total of 30 million square meters. Where does this interest in these agricultural areas come from? Except for a few initially rich local families, the first three largest companies owning the largest land here are Arab companies. We are talking about a 30 million square meters of land, let's say Beyoğlu province plus Bayrampaşa and on top of these plus Gaziosmanpaşa...”

Toker also noted the following information about these companies in her report:

2 - Sulaiman Al Muhaidib: 99 thousand 97 square meters (five title deeds). Al Muhaidib, one of the important investors in the Gulf Region, is the boss of the group of companies bearing his name in Saudi Arabia. Al Muhaidib loves Turkey, and have come to our country a few years ago by the invitation of Ali Ağaoğlu. He visited the Maslak 1453 project and then went to Erzurum to invest in livestock. Al Muhaidib also made investigations in Fethiye for further investments in Turkey. Saudi businessman's large amounts of real estate and energy investments in Turkey was reflected in the media a few years ago.

3 - Noora Real Estate Tourism Construction and Trade Inc. .: 79 thousand 81 square meters (2 title deeds). Ahmed Humaid Matar Altayer, the owner of the company, whose nationality is United Arab Emirates and whose address appears in Dubai: This company is registered in the Istanbul Trade Registry. The company was founded on July 7, 2017.

Critics from environmental institutions and chambers of architects and engineers criticize the government’s Canal İstanbul project as a “project of destruction and disaster”.

It was also reported that the owner of the company that prepared the Environmental Impact Assessment (EIA) report for the Turkish government’s controversial Canal İstanbul project is revealed to have been arrested over corruption allegations in the past.

The Communist Party of Turkey (TKP) raised voice against the AKP government’s Canal İstanbul project, announcing that the “crazy project” will lead to an environmental disaster for the working people as President Erdoğan recently declared that a tender process would be held soon for the construction of the "megaproject".