"They could not ban unhappiness"

soL columnist and the General Secretary of the Communist Party of Turkey (TKP), Kemal Okuyan, writes on the new year, looking back at the year of 2019 and its creation of "unhappiness" for the working people of Turkey 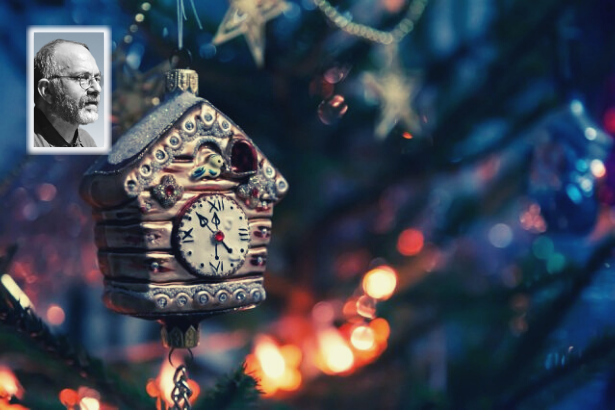 He said "I have built thousands of kilometers of double-lane highways for you" and then he continued:

"I have made a new constitution for the nation. Initiatives, solution processes…”

"I have built bridges, the longest bridges... ”

"I have crossed the Bosphorus from underwater and from the surface, built a rail system connecting two continents.”

"I have built high-speed trains, although some have crashed."

“I have made many skyscrapers, I said this is a crime, then I continued to commit this crime.”

"I have built hydroelectric power plants and put wind power stations on them.”

"They said ‘he built a palace for himself’ but I did it for my people.”

“A palace was not enough for the whole nation, so I made plans for more palaces.”

"They said ‘no, you could not do it’. I have built a huge airport in the most inappropriate area in Istanbul.”

“I have built a selatin mosque in Istanbul's Ataşehir, and it has disappeared from sight because of the business towers next to it.”

“So, I made a bigger one in Çamlıca, it will not disappear."

"I have closed high schools and built religious Imam Hatip schools instead. They were not enough, so I opened new ones.

“ I have built city hospitals in which it is impossible to walk from one end to the other.”

"I made everything big and I wanted my nation to hold their head high.”

The only thing he couldn't say was that: “I did all of these to make the bosses and big monopolies to prosper more.”

The list was incomplete but look how much he has done!

He talked about what he did, repeatedly. He sometimes reproached, got angry. He said, "we are doing good, but they don't understand". "Some are not happy with whatever is done,” he added. "There are those who go against everything,” he said.

He made regulations, decrees, etc. He has silenced the voice of those who did not like what is done. He made it difficult to make objections and declared everyone who is not happy with these traitors.

But people were unhappy and he could not ban unhappiness.

Half of the “nation" was unhappy from the beginning. Then the happy half began to decrease; poverty, unemployment, cost of living were making the highways, towers, airports, high-speed trains, huge hospitals invisible. Then there was an increase in the number of those unhappy with inequality, tyranny, and injustice.

The increase in the number of unhappy people was proving that people continued to exist. If there was unhappiness, it meant that people were alive.

One must be unhappy with the evil, the ugly, the reactionist.

And happiness in such a world is to be only achieved when something is done for the good, the beautiful, the progressive.