Communist Party of Turkey (TKP) Secretary-General Kemal Okuyan answered the questions of soL news about the activities of the TKP after the June 23 elections, reactions to the party in the Imamoğlu debate, the 'AKP language' used by the opposition and how the course of politics will follow in the coming period 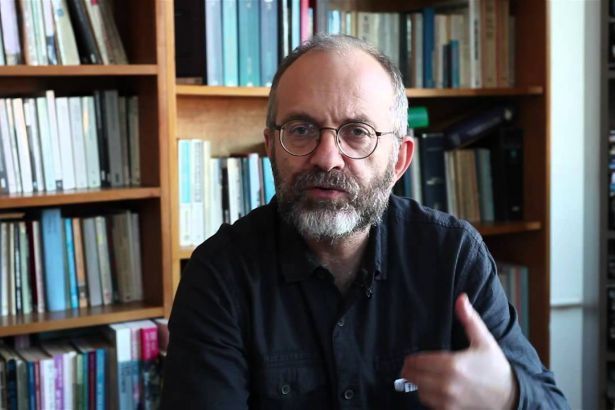 TKP recently held meetings in big cities, and the new party members were given a “welcome” badge. Would you like to make an assessment of the meetings? What kind of a picture do you see for the Communist Party?

I had the opportunity to attend meetings in Istanbul and Izmir, and I have detailed information about Ankara. We had the opportunity to share the evaluations of TKP on the political environment of Turkey in detail. It is possible to say that the meetings were very productive in this respect. Better yet, the distance between the evaluations of our party and the approaches of the close relations of the party is almost completely closed.

The new members and close friends of the party constituted the majority of the people at the meetings. There is neither a language dispute nor a direction mismatch. The psychology and emphasis in the expansion channels of a party are extremely important, and even the future of the parties is shaped by these expectations and orientations. In the last year, the growth and expansion of the party have accelerated. Although the elections have been completed and we entered in the summer months, there is no change. We meet large numbers of excited people who understand, embrace the party and the numbers are increasing every day.

TKP welcomes new 'volunteers for socialism' in Istanbul and Ankara

Some claimed that TKP's stance regarding the June 23 election [which was not to go to the polls] would isolate the party.

It may be about not knowing enough about both political laws and TKP. Undoubtedly, we did not ask the question of whether we would be isolated or not. We tried to decide on the right thing. We cannot see politics as a profit and loss account. You cannot act without calculating, but you cannot make revolutionary politics just by calculating. Let me tell you, yes, there was a serious reaction to the attitude of TKP, but TKP had no risk of being isolated, and we did not encounter such a result. I don't want to rush to say the opposite, but the symptoms are that way.

During the meetings and in your last article in Gelenek [Turkish Marxist periodical], you pointed out that everyone is focused on İmamoğlu and this is misleading. Can you elaborate on that for our readers?

At a time when politics is so personal, people are constantly focusing on or attaching to one person, or turning that one into an object of hate. However, there is another rule of the period:  there is not much “loyalty” or “focus”. This "one person" is changing rapidly. Of course, this does not happen by itself, "upgrading" and "degrading" mechanisms of this capitalist dictatorship are incredibly strong.

Worse, resistance to these mechanisms in society has diminished. This is also the case in popular culture: singers, football players, columnists… We can add politicians, too. Although it is clear that Imamoğlu is quickly upgraded by these mechanisms, the matter is not limited to that. Ekrem İmamoğlu was not brought forward to meet the “leader” need of a political initiative. Ekrem İmamoğlu was brought forward to increase the credibility of a political initiative. This political initiative will need more than one actor in the coming period; Imamoğlu will not be enough by himself.

I do not believe that if Kılıçdaroğlu, Babacan, Demirtaş, and others do not play a role, İmamoğlu will meet all needs. It is not a question of who will face Erdoğan in 2023! There are four years until 2023. In these four years, Imamoğlu cannot bear the burden of maintaining and strengthening the existence of the coalition against Erdoğan.

The pro-AKP media says "Imamoğlu is a project." The fact that the most daemonical and the most comprehensive project of Turkish history calls İmamoğlu a project is absurd in all senses. Moreover, the project is not İmamoğlu himself; it is the process including the candidacy of Imamoğlu. Yes, there is a plan here, there is a political mind. However, it is not only about Imamoğlu; it does not have him in the center. We are talking about an old project. For a while, this project or initiative, whatever you say, began to achieve success. TKP says it has class and international foundations. From these, only and only badness and evil have emerged on behalf of our people. This is the essence of what we say.

The June Resistance was because the people refused to accept the AKP's references and language. The "opposition" front, on the other hand, acknowledges that the path to success is the language of the AKP and continues to move forward with tremendous support. Can this acceptance in politics expand into the social sphere?

Erdoğan, who came to the end several times, was already rescued by forces that did not want to give up this reference and language. Therefore, they imposed them on the opposition, too. Now the problem in politics has been solved. Thus, the resistance in society is expected to soften. Reconciliation, dialogue, tolerance,... All of these are constantly being pumped to dissolve the resistance in society. The Erdoğan tension in society is being exploited. However, they will not get easy results in the social field. After a point, economic difficulties will invalidate the language of compromise, tolerance, and the saying that "everyone is on the same ship". "We are all brothers and sisters", but hundreds of thousands, millions are unemployed. "Tolerance to everyone", but people are poor. How is it going to be?