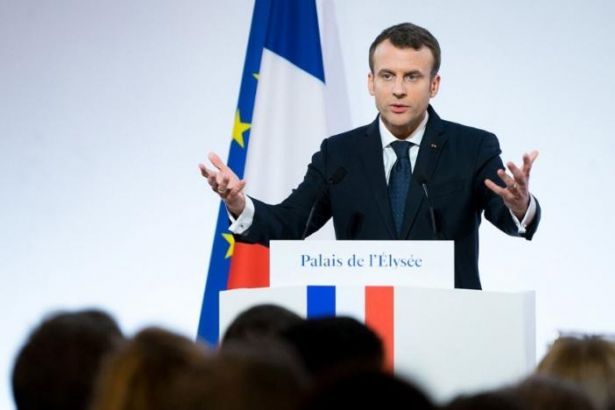 Turkey has been playing a proactive role in Libya’s domestic affairs and political confrontation. After the conflict raised between Libyan National Army’s Khalifa Haftar and Government of National Accord’s Fayez al-Sarraj, Turkey involved in the dispute as a party standing next to Sarraj’s forces politically and militarily.

French President Emmanuel Macron made statements on Libya after his appointment with Tunisian President Kays Said. Turkey plays a dangerous game and it is contradicting all promises taken during Berlin Conference, said Macron. Moreover, he also criticized the naval tension between French and Turkish ships in the Meditteranean as a “declaration of brain death of NATO”.

Turkish Foreign Ministry Spokesperson Hami Aksoy replied right after Macron’s comments. Aksoy blamed Macron’s criticism as “mental eclipse”, by underlining Turkey’s support to the GNA, the legitimate authority in Libya for Turkey, is in line with the UN decisions.