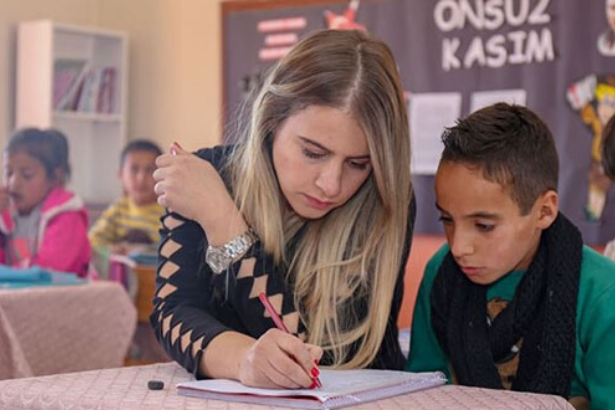 Education and Science Workers’ Union (Eğitim-Sen) issued the results of a survey conducted before the Teachers’ Day of November 24 in Turkey. 4 thousand 657 teachers were asked their opinion within the scope of the study titled ‘‘A Survey on Economic and Professional Problems of Teachers’’ conducted between Oct. 24 and Nov. 15, 2019.

As the survey revealed that the financial problems of teachers in Turkey have become more serious in recent years, 96.8 percent of teachers participating in Eğitim-Sen’s survey state that their purchasing power has decreased in the last year.

Moreover, 78 percent of teachers said that their debts have increased in recent years, the survey indicates.

69 percent of teachers also stated that they could leave their professions if they get a job offer with better economic conditions, according to the survey.

In addition to these, the survey conducted by Eğitim-Sen shows that 90 percent of teachers do not think that policies developed by Turkey’s Ministry of National Education to solve the problems are realistic, while 84 percent of them do not feel safe at the workplace because of violence in schools.

Calling for the implementation of judicial decisions and the termination of all protocols signed with the Ministry of Religious Affairs (the Diyanet), Islamic foundations and associations, Eğitim-Sen also underlined in the final part of its survey, ‘‘It is the responsibility of the Ministry of National Education and political power to make a budget planning to ensure that all of our students benefit from equal, accessible, qualified and free education as well as satisfying the economic losses of our teachers. The relevant institutions must do what is necessary regarding these responsibilities.’’

The education system in Turkey, which has been made totally dysfunctional under the ruling Justice and Development Party (AKP), is under the blockade of marketization and Islamization due to the reactionary policies followed by the political power.

Educators working in Turkey are in the last places among the Organisation for Economic Co-operation and Development (OECD) countries in terms of economic, social and personal rights, according to the OECD reports.

Most of the educators in the country whose salaries are getting more and more decreasing despite the increasing cost of living are trying to make a living by taking on a second job separate from their main source of income.