Turkey’s Minister of National Education Ziya Selçuk states at a press conference today that the main burden in education is the salaries of teachers. Teachers from the Communist Party of Turkey (TKP) have made a statement, addressing the Minister and saying that "the burden is you!’’ 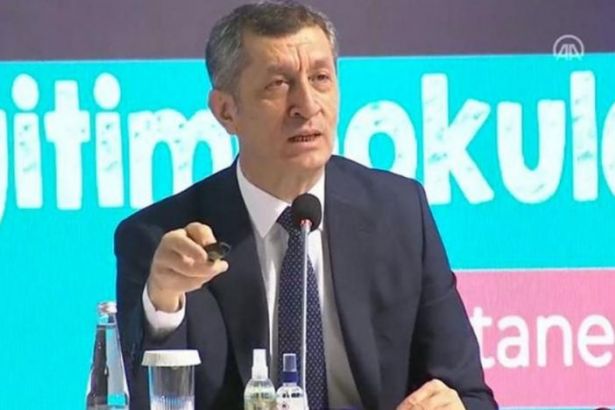 At the press conference held on Friday, Turkey’s Minister of National Education, Ziya Selçuk, said, "The main burden in education is the salaries of teachers, there is no opportunity for investment due to teachers' salaries". Targeting the Minister’s statements, TKP member teachers have issued a statement replying to the Minister.

Reminding that Selçuk is a boss who owns private schools, teachers declared that the discourse and attitude of the Minister are unacceptable. The declaration of the TKP called Selçuk to resign.

The full declaration is as follows:

The boss-Minister of National Education should resign!

At a press conference held today, Minister of National Education Ziya Selçuk said that the burden on the Ministry of Education's budget is teachers' salaries. It is not new for the AKP minister to see education workers working in private or public schools as a burden. He is a boss who owns private schools, and he spoke in line with his status. He said to the teachers, all the laborers working in schools, if you did not exist, we could manage schools more easily.

Teachers have been living on the poverty threshold for years. Today, the entire burden of the pandemic is put on teachers, while they started to work in an uncertain process and without any measures. Teachers were left under heavy responsibilities in pandemic boards in schools that did not even have sufficient thermometers or sanitizers.

It is unacceptable that the teachers who want to meet their students as soon as possible are left alone under these conditions, and being exposed to these words by the boss minister.

Now we declare: The burden is you!

The source of all problems in education today is this order of exploitation. In the exploitative system, laborers are denied the right to education or to live humanely. The minister expressed a very important fact in his statement; indeed, almost no budget is allocated for education, except for employee salaries. Therefore, money is collected in tens of titles in public schools. Laborer’s children are pushed out of formal education.

As TKP member teachers, we invite all of our education workers and people to an organized struggle in order to raise the demands to protect the right to education.