After the withdrawal of jihadist groups from Khan Sheikhoun on Tuesday, the Syrian Armed Forces continues to advance towards Jarjanaz in Southern Idlib, targeting Turkish-backed militants 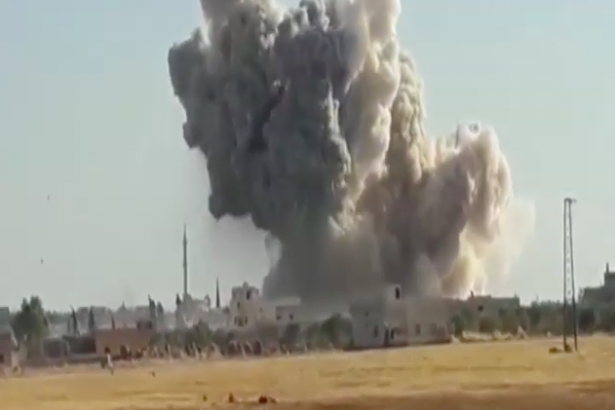 The Syrian Arab Army (SAA) has launched military operations against jihadists in Jarjanaz town of southern Idlib after providing the control of the strategic town of Khan Sheikhoun that was in the hands of militants since 2014.

As a result of Syrian army’s advance in Khan Sheikhoun, all of the major jihadist supply lines to the strategically important city have been cut since the Syrian army has captured all farms in west and north-west Khan Shaykhun, a source from the SAA told.

A Russian Su-24 fighter jet targeted a convoy of jihadist Al-Nusra in Jarjanaz, it is reported.

Jarjanaz is located in Maarrat Al-Numan where one of the observation posts of the Turkish Armed Forces (TAF) has been positioned.

TAF began to establish an observation post in Hish town in the north of Khan Sheikhoun, according to the information given by the Local Coordination Committees of Syria (LCC), one of the opposition groups in Syria.

StepNews reported that civilians in Jarjanaz left the region and began to flee towards the Turkish border to the north.

LAVROV: ‘WE WOULD CRUSH HAYAT TAHRIR AL-SHAM, TURKEY HAS BEEN NOTIFIED ABOUT IT’

"Attacks by [jihadist] Hayat Tahrir al-Sham (HTS) militants mostly active in Syria’s Idlib will be crushed, and Turkey has been notified about it", Russian Foreign Minister Sergei Lavrov stated on Tuesday at a joint press conference.

HTS is an umbrella organization including several jihadist groups such as al-Nusra Front.

"Jointly with our Turkish colleagues, in order to stop regular violations by these terrorists of the cessation of hostilities regime, although it does not extend to them, we have made it clear that if they carry out attacks from this zone, they will be severely suppressed. Throughout this year, these provocations have not stopped", Lavrov said.

Russian Foreign Minister Sergei Lavrov also added that Turkey, in all cases, has been warned that Russia and Syria would respond to the attacks by militants, and this practice can’t stop, because the agreement between Turkey and Russia on Idlib does not provide for the extension of the ceasefire regime to terrorists.

The Russian Foreign Minister also underlined that Russia was closely following the situation in Idlib.

Lavrov’s statement came after the Turkish Foreign Minister Mevlüt Çavuşoğlu stated earlier in the day that Turkey was in contact with Russia over the recent attack of Syrian Air Force on a Turkish military convoy in Idlib.

Stressing that a ceasefire must be ensured in Idlib and it is necessary to focus on a political settlement along with the transition period in Syria, Turkish Foreign Minister Mevlüt Çavuşoğlu had told journalists: "Our convoy has suffered an attack recently. We contacted Russia immediately. Contacts continue. If the need arises, I will talk with Lavrov. Our convoy’s mission is to assist the operation of the observatory point, operating under the Astana agreements."

The Syrian Foreign Ministry had announced a day before that a Turkish convoy loaded with munitions had crossed into Syria’s border and were advancing toward Khan Sheikhoun to help militants, where there was a Turkey-backed jihadists’ stronghold in Idlib until the recent victory of the Syrian army.

The Turkish Ministry of National Defence accuses the Syrian Air Force and Russia of carrying out an airstrike against the Turkish military convoy, claiming that three civilians were killed and 12 more were injured as a result of the attack. 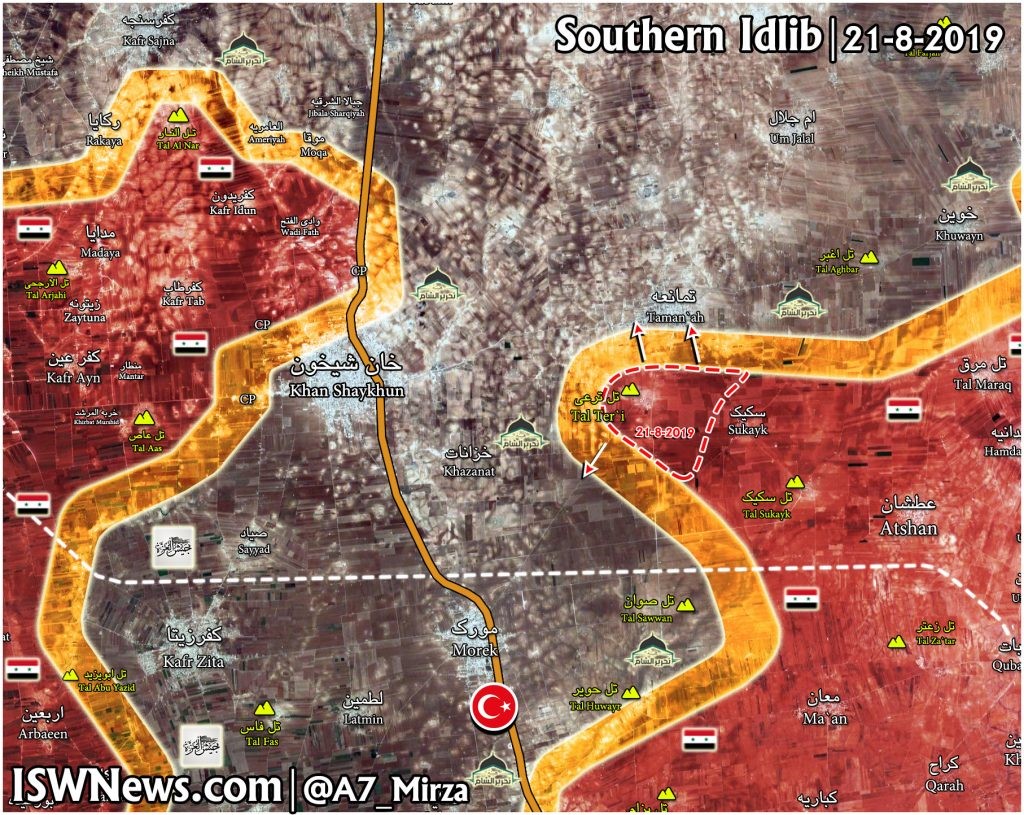 Syrian President Bashar Al-Assad made statements during his meeting on Tuesday with a Russian delegation led by the Member of the Russian State Duma Dmitry Sablin.

Speaking about the recent developments on the war on terrorism in Syria during the meeting, the President Bashar Al-Assad said: "The recent battles in Idlib have unveiled Ankara’s open and limitless support for terrorists in Syria."

Al-Assad also underlined that the victories that have been achieved against jihadists have proved the determination of the Syrian people and army to continue fighting the terrorists until every inch of the Syrian territory is liberated despite the permanent support to terrorist organizations by many western and regional actors, particularly Turkey.