From Süleymancılar cult to AKP government

The association is reportedly linked to the Süleymancılar, a Sunni-Hanafi cult, whose reactionary political activities were tolerated by the State since the military coup of 1980 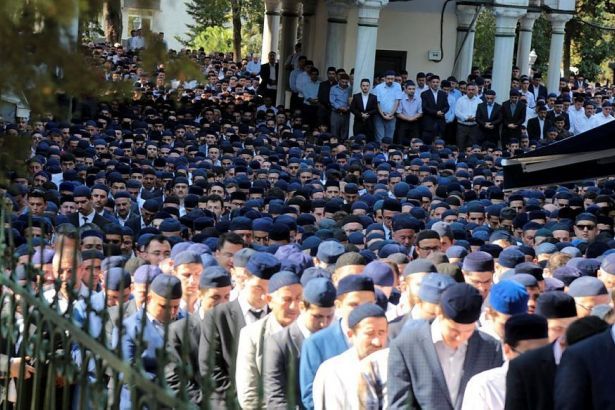 The recent fire in a school dormitory of a religious association in the southern province of Adana, which led to death of 11 teenage girls and a worker, and 24 wounded, brought up, once again, the questions about the relations between religious sects, their associations and education in Turkey. The association is reportedly linked to the Süleymancılar, a Sunni-Hanafi cult, whose reactionary political activities were tolerated by the State since the military coup of 1980.

In a report submitted to Bülent Ulusu, Commander of the Naval Forces-cum-prime minister, appointed by the junta regime of 1980 coup, about the reactionary activities of Süleymancılar, the association called ‘Tahsil Çağındaki Talebelere Yardım Derneği’ (Aid Association to Education-age Students) related to the cult was drawn attention.

The report was prepared by the ministries of Interior Affairs, Justice, National Education and submitted to Bülent Ulusu after the coup, in 1980, but it was completely ignored and no official action was taken. The report was re-brought up to the agenda by SHP (Social Democratic Populist Party) in 1986. Along with this step, it became evident that the junta regime and the civil government of the president Turgut Özal had pigeonholed the report.

The most important item of the report was the Süleymancılar cult and its activities. Of the underlined activities of the cult was the Aid Association to Education-age Students.

The content of the pigeonholed report and its fate show that the disaster in Adana was not a coincidence and as for the cults that seized the State, the Gulenists are not alone at all.

‘THE STATE SHALL BE SÜLEYMANIST’

According to the report prepared in 1980, which drew attention to the menace of the Süleymanists, the following sentences were memorized to the children in the ‘education’ facilities and dormitories:

‘Atatürk is a dajjal. ‘Efendi Hazretleri’[the leader of the cult] has killed him using his spiritual punch and made him no more harmful to Islam. Those who follow the Efendi Hazretleri  are members of the army of the mahdi, the others are that of the dajjal. Today, we should not forget that there are members of Imam-hatips, theology and Islam departments in the dajjal’s army. In four years time, all the state, the president of the Republic, from the prime minister to the driver of his car will be members of the Süleymancilar. Be careful while saluting others who are not members of Süleymancilar….’

The report also states that religious education is secretly existent and it is prevalent in the Turkish society. The association related dormitories, tailoring schools etc. teach anti-secularism, anti-Constitution, anti-State teachings to the children and tell them that one day the State will be devastated.

The report also refers to another report prepared by the Presidency of Religious Affairs, which had also been pigeonholed.

The Prime Minister Ulusu, incumbent between 1983 and 1986, had verified the existence of the report and that a juridical process had been initiated but he had learned that the cult members were acquitted. Considering how the judiciary system functioned after the military coup, it was clear that since the beginning, the process was a showpiece.

Downfall of Turkey, and our duty to fight

The Enlightenment Movement Against Reaction calls for struggle

The dormitory is allegedly linked to a religious cult