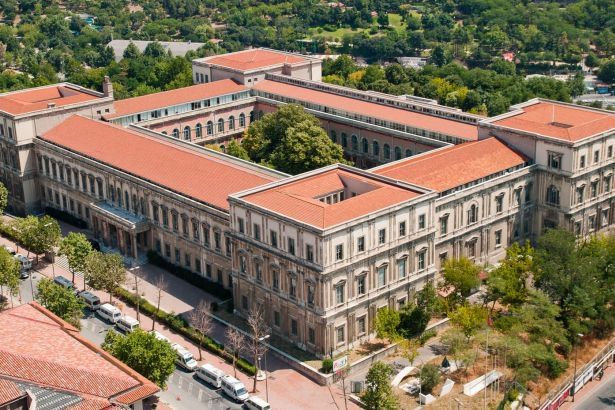 Istanbul Technical University (İTÜ) Alumni Association organized a ‘career event’ on February 20-21 under the Different Futures Summit, an event held by the association every year, at Ayazağa Campus of the university. The event participants are those who graduated from Istanbul Technical University but built their careers in the fields other than the departments they graduated from.

Among the guests who were invited to the event to tell their ‘career journey’, there were the Assistant General Manager of Flormar, who has been protested by its workers for 268 days, and the CEO of Bosch company, which had threatened the workers who wanted to change their union. Many other capitalist organizations known for their anti-labor practices are also invited to the career event.

The workers of Flormar, a subsidiary of worldwide French cosmetics brand Yves Rocher, had been fired for unionizing on May 2018. Since that day, fired workers have been resisting in front of the Flormar factory in the northwestern province of Kocaeli, Turkey.

‘SOLE REMEDY TO EMANCIPATION: FIGHTING TOGETHER AGAINST OPPRESSION’

Calling on the participants not to tell their ‘career journeys’ but the poor conditions of working class that once they were a part of, the Communist Youth of Turkey (TKG), the youth branch of the Communist Party of Turkey (TKP), issued a statement saying "Tell us the realities of business life. Do not tell us fairy tales!"

"They would have welcomed if they told insecure working conditions and unemployment of many new graduates even including architects and engineers instead of telling success stories because their bosses share a part of the capital dastardly usurped by exploitation with them," TKG noted in its statement.

The young communists stated that "Before he spoke about his personal career stories, the Assistant General Manager of Flormar should tell why they have dismissed the Flormar workers resisting for 268 days."

"The CEO of Bosch Middle East should tell the mobbing, psychological pressure, and threats to over 4000 workers who wanted to leave the yellow union, and to affiliate to the trade union they preferred. And the Director of Mercedes should tell how they dismissed the workers who demanded their rights at a factory in Istanbul two years ago when metal workers started to protest all across the country," TKG stated.

"If you [referring to guest speakers to the event] want to tell about ‘the realities of business world’, tell us about this exploitation and unjust practices workers have suffered. Let us know that business life is nothing but a heavy burden on the shoulders of the workers under capitalism today. Let us know that the sole remedy to emancipation is to fight together against this oppression regardless of being an engineer, architect or blue collar," the Communist Youth concluded.