“We previse the government: The struggle for peace is not dependent upon your judgement. We derive, and will derive, our legality from humanity’s longing for peace” 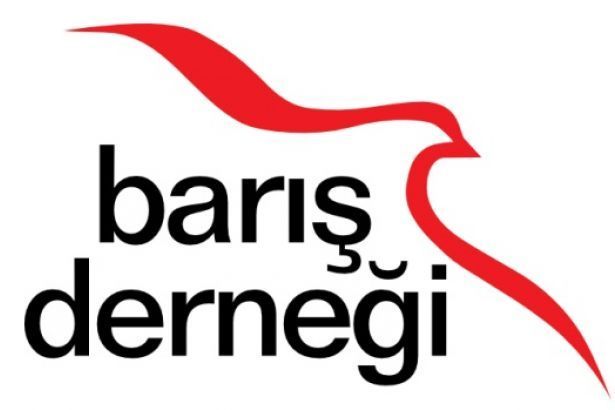 A declaration was released for Peace Association, which is among the 370 associations that were ordered to be shut down, and whose bureau was sealed last night.

The declaration in question is as follows:

“The last night’s decision by the Ministry of Internal Affairs to terminate the activity of a large number of associations is another example of AKP’s unlawful enforcements. The Ministry does not have the right to do so. The decision, which did not even depend on any decree of State of Emergency (SOE), demonstrates that the government has now entirely left its search to guise its arbitrary decisions with judicial costumes. Even if the judgement is covered with a subsequent decree of SOE, this will not diminish today’s unlawfulness. The Peace Association of Turkey will enhance its judicial and political struggle against this rampage.

The Peace Association of Turkey is the political maintainer of the Turkish Association of Peace-Lovers (founded in 1950) and the Turkish Association of Peace (founded in 1977). Having set off with a campaign against Turkey’s participation in the Korean War, this tradition took a stand against the policies interfering with the Syrian War. This struggle cannot be stopped and prevented with any sort of decision, let alone such an unlawful executive decision. We previse the government: The struggle for peace is not dependent upon your judgement. We derive, and will derive, our legality from humanity’s longing for peace.”

Zuhal Okuyan, Chairwoman of the Peace Association of Turkey

Aydemir Güler, Secretary of Board of the Peace Association of Turkey

REACTION FROM THE WORLD PEACE COUNCIL

The Secretariat of the World Peace Council released a declaration, responding to the termination of the activity of the Peace Association (PA). Condemning the shutdown of the large number of associations along with the PA, the WPC stated that they were “worried about the real purposes and aims behind this authoritarian and anti-democratic enforcement.” The WPC also greeted the Turkish people, the peace-loving people, and the PA with solidarity, demanding the prohibitions on the other organizations be removed.

THE LEFTIST LAWYERS PARTICIPATE IN THE REACTION

The Association of Leftist Stance in Law also declared that they were against this unlawful enforcement, and that they will never give in.

Stating that, since the beginning of SOE, many of the legislative decrees let out, custody of the opponents who do not have anything to do with the Gulen Sect, many of the arrestments, and dismissals from profession have been clearly unlawful, the Association of Left Stance in Law expressed that no one in the country has an ounce of trust in the legal system.

The Association of Left Stance in Law remarked that the government attacks anyone who comes their way with no regard to whether they are lawyers, politicians, or journalists, declaring that they stand with the associations that are terminated, and will provide any kind of judicial support these associations need.

ON THE PEACE ASSOCIATION

Having stood against imperialism’s warlike policies threatening all of the world’s people, the PA associates itself with the other progressivist organizations under the roof of the WPC, officially recognized by the UN.

In its struggle for anti-imperialistic peace, the PA produced publications such as Direnen Filistin (Palestine, Resisting) and Barışın Sesi (The Voice of Peace) in times when the USA invaded Iraq, when Palestine suffered an imperialist invasion, when the gangs supported by imperialism put on their activities, and especially when the bloody war in Syria started 5 years ago. It also organized a number of rallies, conferences, concerts, and exhibitions to enhance its struggle against imperialistic attacks. Among the other issues, the PA also has on its agenda the nuclear armament, and the problems of the refugees who had to depart their countries due to rampaging wars.