Turkey’s disaster agency announced that a magnitude 6.6 earthquake jolted the Aegean region of the country, death toll rises to 25. 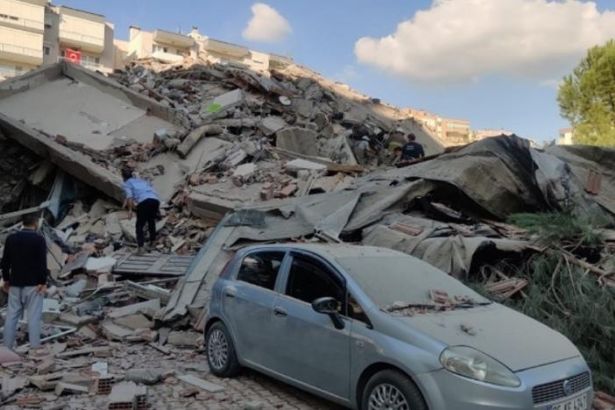 The death toll from the strong earthquake hit Turkey's İzmir rises as search and rescue works continue. Officials announced that 25 were killed and 831 were wounded by the earthquake.

İzmir Metropolitan Mayor Tunç Soyer said in a statement he recently made that 180 people were under the debris in Bayraklı district. Many apartment buildings and some hospitals were seriously damaged and out of use. Education has been suspended for one week in İzmir by the Ministry.

A total of 489 aftershocks also hit the region, 35 of which were over magnitude 4.

While Turkish search-and-rescue teams continue their work on the field, the Communist Party of Turkey (TKP) established a crisis desk and called for solidarity with the people of İzmir.

The Disaster and Emergency Management Authority (AFAD) announced that a magnitude 6.6 earthquake occurred at 2.51 pm local time. The earthquake mainly affected the Aegean coast of Turkey and destroyed several buildings in the region’s largest city İzmir. Some buildings in other western provinces including Uşak, Denizli, Manisa, and Aydın also saw the damage.