Solidarity Assembly: Equality in education is urgent amidst pandemic

Turkey’s left-wing platform Solidarity Assembly released an official statement regarding the education system amidst the pandemic and called for urgent long-term prevention measures. 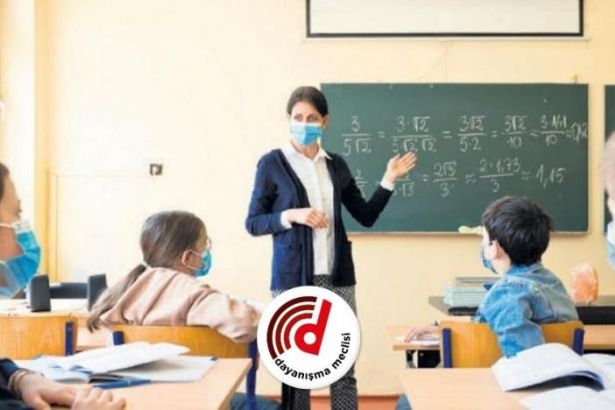 The Ministry of Education announced that face-to-face education at schools would relaunch on 31st August when the process of normalization was initiated in June. However, as a result of the deterioration of the pandemic, the reopening of schools was postponed to 21st September.

Turkey's Solidarity Assembly released an official statement regarding the education system during the pandemic, stating that the deteriorating pandemic increased the anxiety of students, teachers, and guardians.

According to the Assembly, following the reopening, more than 18 million students, 900 thousand teachers, and thousands of personnel would come face to face at schools and various other spaces.
The recent early findings of the rate of spread of the virus at schools where face-to-face education was relaunched prove the abovementioned concerns. Nevertheless, the Ministry of Education rather ignores these findings and concerns.

Besides the inequalities, the distance learning compelled students to stay at home all day. It also advanced domestic violence either in psychological or physical form. It was never questioned how working parents took care of their children. The distance learning further prevented students from developing skills and emotional and aesthetical understanding. It hindered the ability of students to concentrate. It also hindered the interaction between and among students, teachers, and personnel through which the students could learn certain things. Millions of students did not have technical requirements for distance learning. The distance learning could possibly spread wrong and dangerous to millions of students, such as the widening of religious reactionsim. Therefore, it would bring about the psychological and social risks for students.

The Solidarity Assembly underlined the AKP and the bourgeoisie implemented short-term measures, overall which prevented the ability to control the pandemic. It is an urgent necessity that the Ministry should undertake long-term prevention measures.

The Ministry should develop common agenda for state and private schools either face-to-face or distance learning.

Teachers and guardians should assembly at school solidarity units to defend the right of education and supervise schools.

For this reason, the Assembly called for:

2. Teachers who were not appointed should be immediately appointed.

3. A public/collectivist approach is the only way for an equalitarian education system. The nationalisation of private schools should be put in the public agenda.