Socialist Future and Planning Symposium in Turkey: "Humanity can overcome every real problem it poses"

The Socialist Future and Planning Symposium organized by the Academy of Science and Enlightenment in Ankara was completed, moving forward in the discussions of a socialist future and planning in various topics from agriculture to artificial intelligence 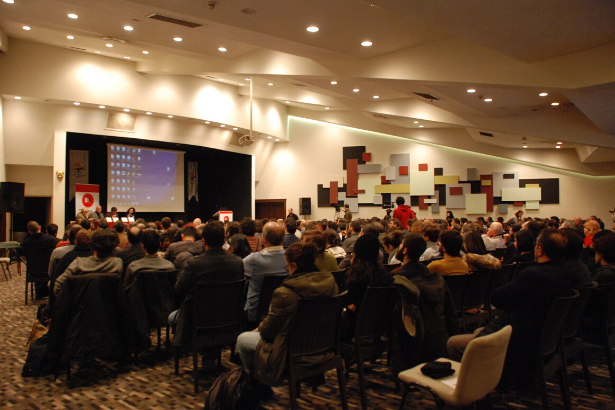 During the weekend, between December 6-8, the Socialist Future and Planning Symposium was held in Ankara, Turkey. The symposium was organized and hosted by the Academy of Science and Enlightenment (BAA) that was a platform initiated by the Communist Party of Turkey (TKP).

The symposium was opened by the speech of Erhan Nalçacı, BAA General Secretary, on Friday evening. Following Nalçacı’s speech, guest speakers, TKP General Secretary Kemal Okuyan and the Politbureau member of the Communist Party of Greece (KKE) Makis Makis Papadopoulos, made their speeches. Another guest speaker, Luis Alberto Amaros Nunez, Cuban Ambassador to Ankara, sent a solidarity message to the organizers and the participants.

“HUMANITY CAN OVERCOME EVERY REAL PROBLEM IT POSES”

Highlighting that the main aim and slogan of the symposium is the thesis that “humanity can overcome every real problem it poses”, Nalçacı said that “the order is deliberately propagating pessimism. They are trying to reduce the belief in socialism and the need for being organized. However, there are many good possibilities in front of us. As BAA, we came together to turn back the ideological weapon targeting us and we are realizing this symposium." 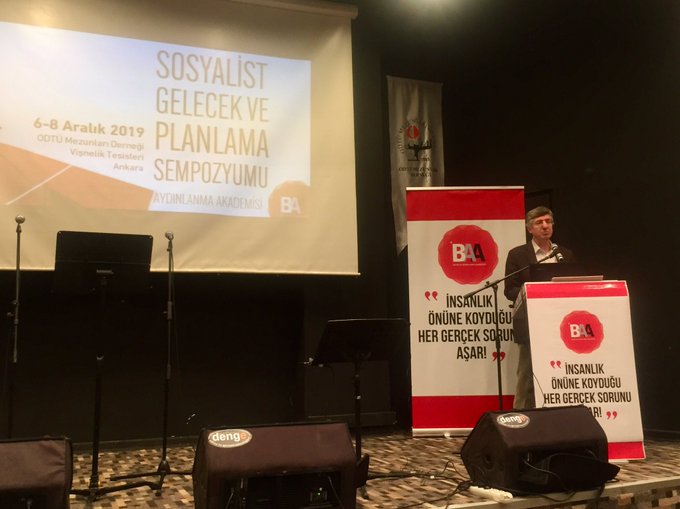 Kemal Okuyan, TKP General Secretary, mentioned the relationship between science and politics in his speech. "The organization of scientific studies will change from our point of view. Today it is in the hands of international monopolies. However, in socialism, it will turn into a large network with the participation of all the working people,” he said.

“When we came to power, Turkey's best engineers, the best artists, the best scientists will stand next to the working class of Turkey, we believe this!” Okuyan added.

Papadopoulos started his speech by saying that “On behalf of the Central Committee of the Communist Party of Greece, I warmly, militantly, and comradely greet the Socialist Future and Planning Symposium and congratulate you.”

Mentioning that advancing Marxism-Leninism creatively is part of theoretical preparation, Papadopoulos said TKP and KKE walk side by side in this difficult path in an effort to form a modern revolutionary strategy. “Our future is not capitalism. The new world is socialism!” he added.

Cuban Ambassador Amaros Nunez, in his message, greeted the symposium “with the hope that this work will contribute to the development of the fundamental role of socialist theory, especially of planning, in socialism.”

“AS SCIENCE WORKERS, THE MEANING OF OUR LABOR IS TO STRIVE FOR A BRIGHT FUTURE”

26 papers and three conferences were presented in two days at the symposium, addressing a crowded audience who filled up the meeting hall.

Along with the guest speakers, the audience also had the chance to listen to the presentations of Turkey’s first communist mayor, Fatih Mehmet Maçoğlu, the Mayor of Dersim province, on Ovacık experience and Makis Papadopoulos on the character of socialism in the 21st century.

Prepared by organizing workshops before the symposium for two years, the BAA participants under various topics, such as “no planning is possible in capitalism”, artificial intelligence and technology, socialist future, real socialist experiences, agriculture, environment, energy, and health.

The final declaration of the symposium was announced by Erhan Nalçacı at the end of the session on Sunday. The declaration noted that today, everyone senses that the end of capitalism is coming and that the irrationality of the imperialist order takes humanity captive.

“As scientists who protect the interests of the working class, we have gathered to reveal that socialism is the only way to overcome the problems of imperialism and the most appropriate order for humanity.

The symposium says that with the transformation of the socialist revolution from national levels into a socialist world system, we can overcome all the problems we face.

As science workers, we find the meaning of our labor to strive for such a bright future of humanity.

We will not allow imperialism, the capitalist class, the monopolies to destroy humanity. People will continue to live in a society with no exploitation and inequality. The irrational order we live in will be remembered as a sick short period of human history.

We know that and we are struggling to get out of this darkness with hope. Long live socialism! Long live the bright and long future of humanity!” BAA declared. 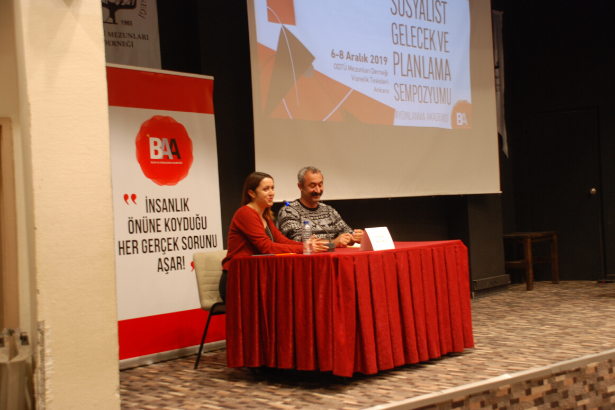