On the Children's Day and 100th anniversary of the establishment of the Grand National Assembly of Turkey, Leftist High School Students issued a statement declaring that this social order must change. 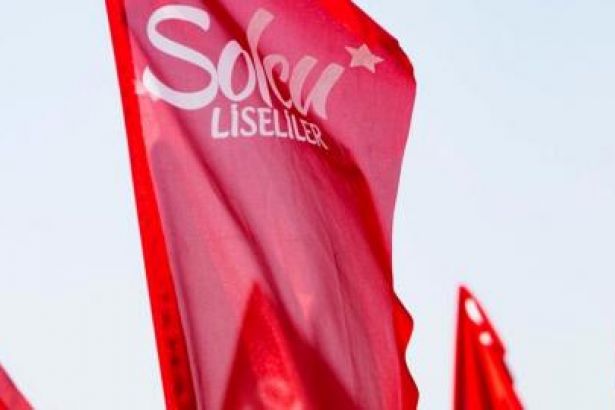 Turkey's high school students organization Leftist High School Students (Solcu Liseliler) issued a statement about the 100th anniversary of the establishment of The Grand National Assembly which is engraved in minds as "April 23rd, Children's Day" and symbolizes Turkey's independence. In the statement, it is announced that the gains of the struggle of independence and enlightenment were eliminated over time, leaving its place to the domination and exploitation of the bourgeoisie.

"Today, which engraved in our people's minds as “Children’s Day”, is the 100th anniversary of the establishment of The Grand National Assembly, which symbolizes Turkey’s independence. The gains of the struggle of independence and enlightenment which started in our country 100 years ago, has been annihilated over time and replaced with the bourgeoisie’s dominance and exploitation.

However, today, it is not possible for a child to celebrate “Children’s Day” in our country.

Millions of children have to work due to being deprived of basic needs and right to have an education, and they are exploited in factories, restaurants, ateliers in order to provide the needs for themselves and their families.

Turkish bourgeoisie takes advantage of the vocational high school students’ labor, under the name of “internship”. On top of it, these students are employed by using the name of “solidarity”, during the quarantine days. The products are sold to other countries in order to get income.

Millions of high school students are not only destitute of the right to have proper education, but also employed for bosses’ benefits, and they are facing futurelessness.

Those who deprive us of our rights are now celebrating National Sovereignty and Children’s Day. It is double-dealing for bosses having this day celebrated, while our children are living under the starvation line.

We are aware of our potential to change this world and to build an equal tomorrow. We will not celebrate this day in this barbaric system of the bourgeoisie, instead, we will celebrate it under the red flag of socialism!

This social order must change!