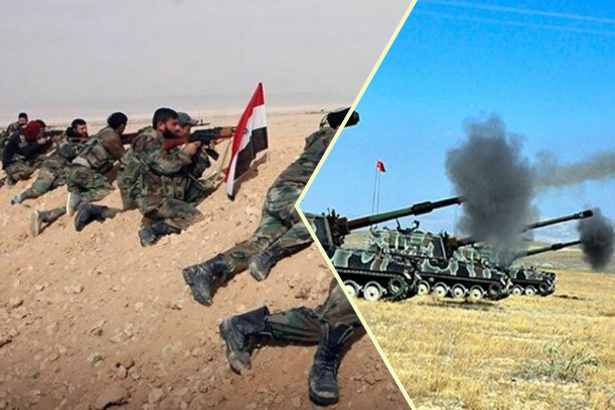 According to the Syrian Observatory for Human Rights quoted by AFB news agency, 6 Syrian army soldiers lost their lives as a result of the Turkish army's artillery fire.

According to the sources, artillery and machine-gun fire was exchanged near Assadiya, south of the border town of Ras al-Ain.

The observatory also claimed that one soldier was executed by members of the Free Syrian Army (FSA).

More Syrian soldiers were reportedly held captive. Turkey's Ministry of National Defense made a statement, confirming the allegations. In the statement made by the Ministry, "18 people who claimed to be a Regime element in the southeast of Ras al-Ayn were captured".

"The issue is being examined and also coordinated with the authorities of the Russian Federation," added the Turkish Ministry.