SDF: We have left Ras al-Ayn 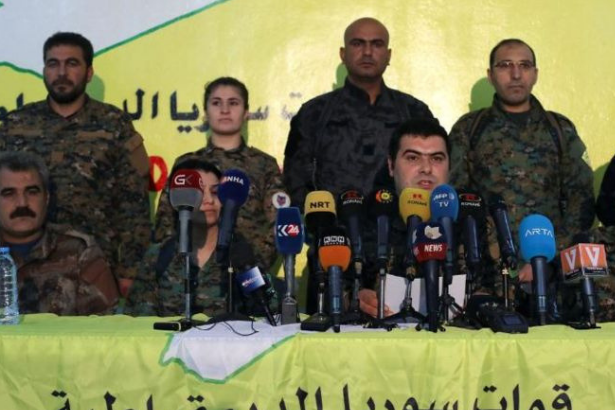 Syrian Democratic Forces (SDF) has announced that it withdrew its troops from Ras-al-Ayn, the Syrian border city. "We no longer have fighters in the city," SDF spokesman Kino Gabriel said.

According to BBC Turkish, a large convoy carrying fighters and wounded members of YPG and PYD has left Ras-al-Ayn on Sunday. Some civilians also left the city, according to the sources.

Turkish Ministry of National Defense announced in a statement on Sunday that "since the beginning of the operation, a 55-vehicle convoy entered Ras-al-Ayn and an 86-vehicle convoy exited the city."

The shifts have been occurring after a five-day ceasefire decision that was negotiated by Turkey and the US on Thursday.

Under the agreement, Turkey would give a "break" to the operation for a period of 120 hours and YPG would move behind the safe zone. The 120 hours will end on Tuesday.